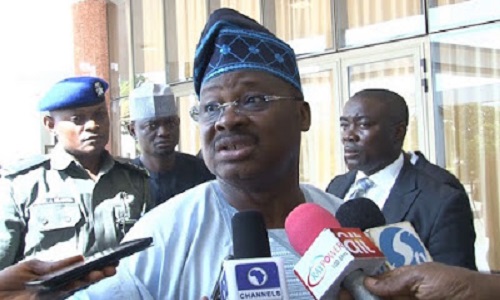 The Oyo state government has constituted stakeholder committees to look into the crisis between Fulani herdsmen and farmers.

The committees would look at the crisis both at state and local government levels.

The government has urged the groups involved not to take laws into their hands.

The Special Adviser to Governor Abiola Ajimobi on Security, Mr. Olusegun Abolarinwa, unveiled the mediation move as he unfolded government’s efforts to stem clashes between the groups.

Identifying grazing as one of the causes of the crisis, he said that the “ state government does not have any policy on grazing zone yet’’.

He said that the federal government through the federal ministry of Agriculture had yet to make a pronouncement on nomadic rearing to be domesticated in all states.

“In the interim, the state government has taken proactive steps to constitute committees at both the state and local levels.

He said the governor has directed the Special Adviser on Community Relations and the Senior Special Assistant on Security, to address the crisis erupting in the religion sector.

They have also been mandated to step into the community related crises at the Ibarapa zone of the state with specific instructions to meet with the aggrieved sects of farmers and Fulani Bororo herdsmen.

Abolarinwa explained that the crisis erupted when farmers laced their farms with poison in a bid to retaliate on the Fulani whose cows destroyed their farm lands and trampled on them.
He urged the aggrieved parties not to take laws into their hands, reiterating that the government has put adequate measures in place to strengthen the security of the state with the joint security patrol.

The government also bought armoured personnel carriers (APC) for the state police command as well as Hilux vehicles for the security agencies.

The government, he said, was rendering all forms of assistance to the security agencies in the state.