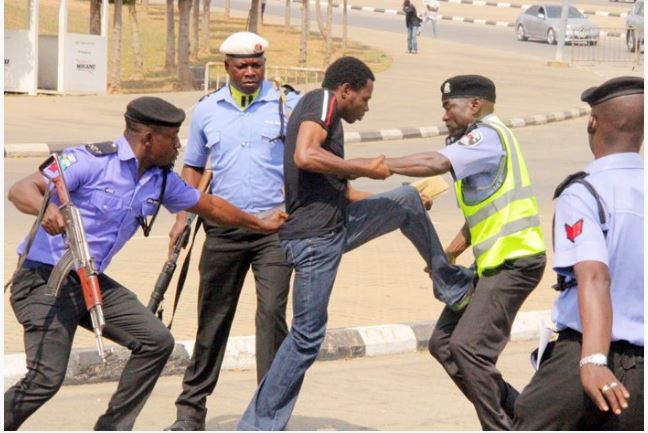 Drama ensued on Wednesday when officials of the Nigeria Police Force and the members of the Islamic Movement of Nigeria, (IMN) popularly called Shiites clashed at the complex of the National Assembly.

The Shiites were protesting the continued detention of their leader, Sheik Ibraheem El-Zakzaky. The Police officials and other security personnel attempted to disperse the protesters with tear gas which led to a little fracas.

When the confusion did not abate an hour later, men of the Guard Brigade were drafted to quell the protests.

The protesters regrouped at the adjacent Ministry of Foreign Affairs to continue their protest.

“Nine of them were arrested and they will be charged to court for unlawful conduct,” Manzah said.