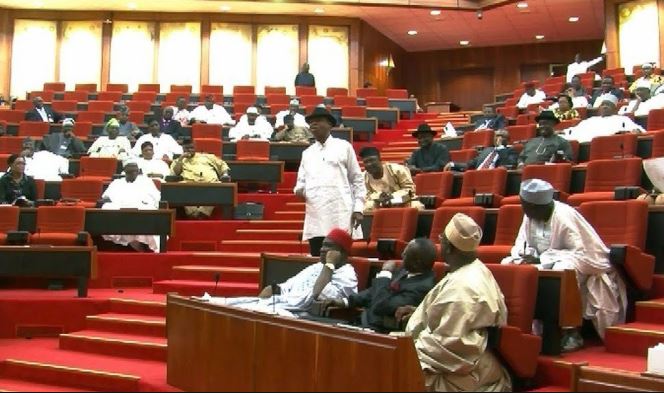 The senate on Tuesday confirmed nominees into the board of the Nigerian Electricity Regulation Commission (NERC). it equally asked president Muhammadu Buhari (PMB) to forward a replacement for the chairmanship designate Prof Akintunde Akindowale who did not present himself for the screening.
The confirmation of the nominees followed consideration of a report of the committee on power ,steel development and metallurgy submitted by its chairman , Sen Enyinia Abariba (PDP Abia). Abariba said “That the senate do receive and consider the report of the committee on Power ,steel development and metallurgy on the screening of chairman and commissioners for Nigeria Electricity Regulatory Commission (NERC)”
Those confirmed by the senate after a clause by clause deliberation include Sanusi Garba, vice chairman North West, Nathan Rogers Shatti commissioner , North East, Dr Moses Arigu commissioner North Central , Dafe Akpedeye commissioner South South , Prof frank Okafor commissioner South East and Dr Musillu Oseni commissioner South West .
However, senators Mohammed Hassan Yobe South and Isa Misau Bauchi Central raised objection on the confirmation of Nathan Rogers representing North Central alleging that he did not met the laid requirement, but they were over ruled by the voice vote of the entire senate.