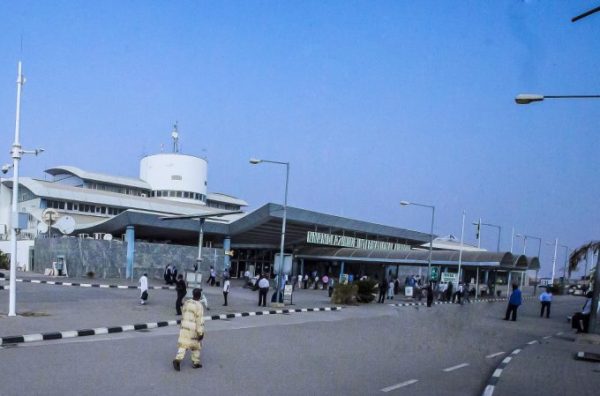 Nigeria’s Senate on Tuesday failed to stop the planned closure of the Nnamdi Azikiwe International Airport, Abuja, for repair work on its runway.

The federal government had announced that the only airport in the country’s capital would be closed from March 8 for six weeks.

According to the plans of the aviation authorities, flights will be diverted to the Kaduna Airport and passengers from or to Abuja will be required to travel by rail or road for the period of the closure.

In the previous weeks, the Senate, following a motion by Hope Uzodinma, the chairman of the Committee on Aviation, had queried the plan and summoned officials of the executive arm connected to the matter, including the Minister of State for Aviation, Hadi Sirika; Minister of Transport, Rotimi Aamechi; and the Minister for Power, Works and Housing, Babatunde Fashola.

Appearing before the Senate last week, Mr. Sirika who disclosed that the repair work would gulp N5.8 billion, insisted the closure was necessary.

At the resumed hearing over the matter on Tuesday, Senators argued against the government’s plan, citing inconvenience and security concerns over the Kaduna-Abuja Road.

But Messrs. Fashola and Sirika insisted the plan was necessary.

“It is runway of the airport that needs to be closed because it isn’t safe, it is a matter of immense public safety,” Mr. Fashola said. “If there is choice between convenience and safety considerations, safety come first.”

He disclosed that the contract for rehabilitation of the Abuja -Kaduna road had been awarded, and the work would be completed 50 days ahead of the closure.

“Minna is a shorter distance, but my humble submission is that Kaduna-Abuja highway lends itself to the situation. There would be inconvenience and I sympathise with those who would be travelling, but Nigeria is not the first country to close an airport and divert traffic to another city,” he said.

Mr. Sirika told the Senators the government had budgeted N1.134 billion to ensure convenience, safety and security of passengers moving between Kaduna and Abuja for the period of the six-week closure of the Abuja Airport.

Julius Berger, the firm handling the repair on the the airport, said it was possible to execute the work without closure of the airport using segmented approach, but that would take two and a half years to complete.

Even so, the company’s Managing Director, Wolfgang Goetsch, said not closing the airport while the repair is ongoing depended on the scale of the work.

“But the state of the runway in Abuja, extent of damage and deterioration. The whole runway from one end to the other end is damaged.

“This means that if the method of spot repair is loose, you start from one side of the runway, lock it in the night and in the morning to open it up for traffic,” Mr. Goetsch said.

He said his company guaranteed completion within six weeks “subject to fulfillment of obligation of all the stakeholders.”

He added that the runway after the repair would last for a minimum of 10 years if regular maintenance was carried out on it; and that his company had received the contract award letter but that it had not been signed.

However, the Nigerian Society of Engineers, NSE, disagreed with the ministers, aligning with the senators’ point that the repair can be done without total closure.

The NSE President, Otis Ayaeji, said closing the Airport was tantamount to shutting down Nigeria, adding that there were local engineers whose firms could handle the project competently without closing the airport.

In the end, the Senate could not stop the closure.

But it took the position that its preference was a segmented approach to the repair to avoid total closure, while leaving the aviation authorities to take decision based on technical advice.