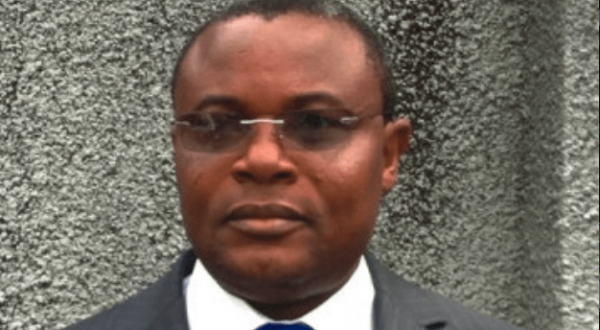 Nigeria’s government on Wednesday arraigned a Senior Advocate of Nigeria, Joe Agi, alongside a judge of the Federal High Court, Adeniyi Ademola, and his wife, Olubowale.

Mr. Ademola and his wife, a former Head of Service in Lagos State, were arraigned on an 11-count charge in December for alleged fraud.

They were later granted bail on own recognisance and were required to pay N50 million each as conditions for their bail.

They were also asked to submit their international passport, pending the determination of the matter.

As stated in parts of the charge against the judge and his wife, they were indicted for allegedly conspiring to collect N30 million gratification from a company belonging to Mr. Agi, Joe Agi and associates, in March 2015.

Both defendants were also accused of committing the act of collecting the said gratification.

The offence is contrary to Section 8 (i) (a) of the corrupt practices and other related offences act and punishable under Section 8(ii) of the same section.

Mr. Agi was on Wednesday included among the accused.

The prosecution counsel, Segun Jegede, explained to journalists after the trial that the third defendant was not initially arraigned because he was out of the country.

He added that his client, the federal government, hesitated to include the third defendant earlier to prevent any attempt to delay the trial.

In the amended charge, now 16 in all, Mr. Agi is accused of paying N30 million in three tranches to the first defendant, in March 2015.

He is also accused of giving a BMW vehicle, worth N8.5 million to the judge, to influence his decision in court.

After Mr. Agi pleaded not guilty to charges against him, counsel to the first and second defendants, Onyeachi Ikpeazu, prayed the court to allow the earlier bail conditions granted his clients since they complied with it and the said bail had been effected.

Counsel to Mr. Agi, Jeph Njikonye, said his client’s bail application has already been served on the prosecution.

He prayed the court to grant the bail, considering the fact that the matter had been slated for continuation on of trial on January 16.

In his reaction, Mr. Jegede asked the court to ensure that stringent bail conditions are imposed to forestall any attempt by the third defendant to abstain from attending his trial.

He said although he would not object to the application for bail, he was concerned about the attendance of the third defendant, as well as that of the other defendants in trial.

Responding, Mr. Njikonye commended Mr. Jegede for his concern about the presence of the defendants in court. He cited instances where his client had demonstrated his willingness to attend trial.

Mr. Njikonye therefore prayed the court to allow his client bail, adding that the bail conditions should not be stringent as Mr. Agi is “a senior citizen, known for his high regard for the rule of law.”

Delivering the judgement, Justice Jude Okoye said the bail granted the judge and his wife on December 13 subsists since the prosecution did not oppose the bail application.

Mr. Okoye added that it is the essential duty of the court to ensure that a defendant attends trial.

He said the court will apply appropriate sections of the Administration of Criminal Justice Act in delivering its ruling.

He ruled that Mr. Agi is to present N50 million as condition for his bail. He is also to deposit his international passport with the court registrar within seven days from Wednesday.