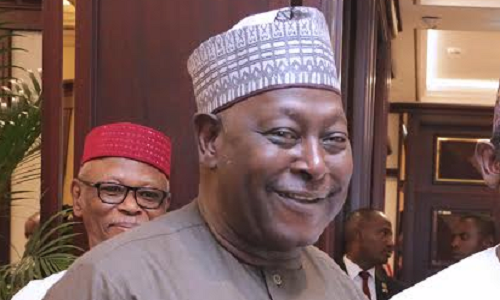 The Presidency has given a clarification on the letter written to the Senate by President Muhammadu Buhari concerning the report of its investigation of allegations against the secretary to the Government of the Federation (SGF) Mr. Babachir Lawal.

Speaking on a BBC HAUSA program “Ra’ayi Riga,” an audience participation programme on Friday, the Senior Special Assistant to the President on Media and Publicity, Malam Garba Shehu, decried attacks on the President which he said were unwarranted because his letter to the Senate did not dwell on whether the SGF was guilty or not guilty.

“What President Buhari has done is simply to act in a response to a report by the SGF, Babachir David Lawal, who insisted that he and the companies cited were not given a fair hearing by the National Assembly.

“President Buhari’s communication to Nigeria’s lawmakers was simply this: If the SGF was not given a fair hearing, can you now give him one?”

The Presidency added that the report in discussion, was an interim one and a final report was, therefore, being expected.

Malam Garba said it would not have been advisable to act on the matter before a final report was received from the legislature.

He said that as fervent as President Buhari is about the war on corruption, “he believes in due process and in fair hearing, without which our democracy cannot be taken seriously by Nigerians or the international community’’