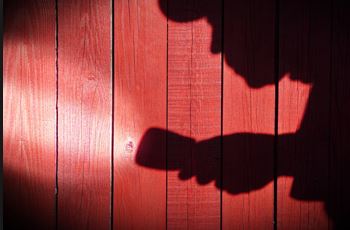 Suspected armed thugs have invaded Delta community’s leader house in Onicha-Ukwuani and allegedly destroyed her property worth of millions of naira including three buildings.

Reports said the suspected thugs numbering over forty were armed with guns/cutlasses in the early of yesterday and allegedly order the Community Leader, Chief Anthony Ugboh and her children out of the house before carrying out the nefarious act. Chief Ugboh who confirmed the incident to journalists in Asaba, alleged that the armed thugs descended on her tenants and destroyed her three buildings situated around Nkwor Cultural Square in the community, disclosing that she acquired 34 plots of land few years ago on which the buildings were erected.

She further alleged that her driver one Odeh Joel was attacked by the suspected thugs drug which he to prevent them from gaining entrance into the main building into her parlor as he was severely injured with dangerous weapons.

Saying that she had petitioned the State Governor, Dr. Ifeanyi Okowa and the Police Commissioner, Mr. Zanna Ibrahim, Chief Ugboh alleged that her property destroyed by the suspected thugs includes three buildings, 100 bags of cement, drums of diesel and kerosene, adding that though no arrest had been made, but would ensured the hoodlums are brought to book.

But in a swift reaction, an elder in the community, Chief Godwin Emekieh said that structures were built on the community’s land, confirming that the decision to destroy the property was a unanimous decision of the entire people of Onicha Ukwuani community leaders.

He said: “The people she alleged to be thugs were working on the instruction of the elders because Chief Ugboh builds the houses on the community’s land”.

Another leader who spoke on the issue, Chief Ikechukwu Achi stated that the parcel of land where the destroyed houses were situated was sold to Chief Ugboh by Ugiliami community explaining that “The woman legally acquired the land with all documents made available to her”.

Also reacting to the incident, the state commissioner of police, Mr. Zanna Ibrahim confirmed that the police were investigating the incident with a view to bring the hoodlums to book, adding that policemen had been drafted to maintaining law and order in the community.