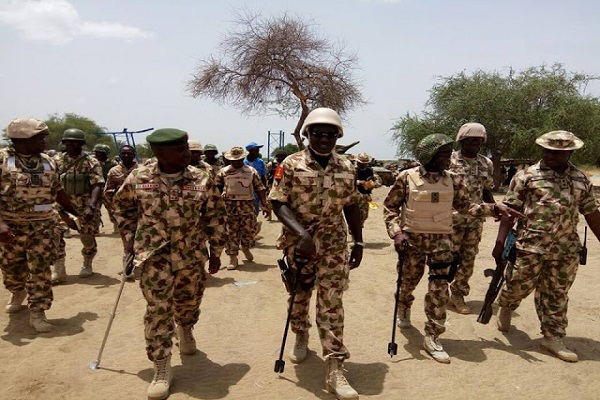 The United Bank for Africa (UBA) says it will to deploy Automated Teller Machine (ATM) to the Maimalari Barracks in Maiduguri to provide service to troops fighting insurgency.

Malam Salihu Ngulde, the UBA North-East Regional Director, disclosed this to newsmen shortly after he visited the Chief of Army Staff, Lt. Gen. Tukur Buratai, on Sunday in Maiduguri.

Ngulde explained that the decision was sequel to a meeting between the bank management and the military authorities.

“Very soon we are going to deploy ATMs in Maimalari Barracks for soldiers use; this is based on an agreement between some banks and the military after a meeting last month.

“Actually five banks were asked to make presentation based on which the UBA was asked to deploy ATM to Maimalari,” he said.

Ngulde said that UBA originally had ATMs in the barracks before they were removed.

“We use to have ATMs in some barracks before but the Central Bank of Nigeria ordered that they be removed.

“Now that the policy has been changed, we will move back immediately,” he said.

However, Ngulde said that the remaining barracks in Maiduguri will be covered by other banks in the deployment ATM to provide services to soldiers.

He said aside from the barracks, banks had embarked on the erection of ATM galleries in Maiduguri to tackle the problem of shortage of the machine.

NAN also recalls that Ngulde had earlier met with Buratai where he commended the military for its gallantry in restoring peace in the North-East.

He said that UBA was making efforts to reopen all its branches affected by insurgency in the region.

Responding, Buratai assured Ngulde that the military will continue to work towards consolidating the peace in the area.

“I feel honoured to receive you here in Maiduguri. I want to say that apart from the few incidences that we have recorded lately, lot of progress has been made to ensure peace in the North-East,” he said.

According to Buratai, “ The task given to us is to restore normalcy and provide good atmosphere for economic activities, we are doing that.

“The Nigerian Army will continue to provide the needed security in patnership with sister agencies to ensure a good business atmosphere in the North east region.”

The News Agency of Nigeria (NAN) reports that the absence of ATMs in barracks had created financial hardship for soldiers who struggled with civilians in getting cash from the general public ATMs.