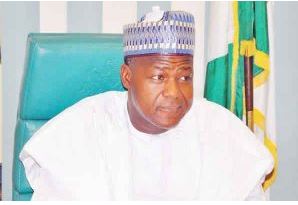 Speaker of the House of Representatives, Yakubu Dogara, has said that the House is poised to grant financial autonomy to local governments in the ongoing constitution alteration exercise because it is the only way to guarantee development at the grassroots.

The speaker also charged local government workers to step up agitation for local government autonomy, saying only through their individual and collective efforts will the desired change be achieved.

Dogara gave this charge when he received the national executive members of the National Union of Local Government Employees (NULGE), who paid him a courtesy visit at the National Assembly.

The speaker noted that no progress can be achieved in the local government if the present status quo of interference and administration by state governors is retained, adding that local governments must be financially and politically autonomous to trigger development in the rural areas.

He said, “It is a responsibility all of us owe to our people. As a matter of fact, we are not even doing it for you, we are doing it for the Nigerian people. And the way local government administration is in Nigeria, I must say it is truly a stab on the conscience of every true democrat.

“It doesn’t matter whether you are the president, if you are a senator, a member of the House of Representatives, a leader of any of these institutions or in the judiciary”.

The speaker observed that some governors who opposed local government autonomy were of the view that local governments would collapse if their administration is handed over to the elected chairmen.

Dogara, however, argued that state governors would have extricated themselves from blame if they let local governments free.

According to Dogara, progress can never be gotten by maintaining the status quo and the House has chosen to ensure that the ongoing Constitution Amendment exercise captures the yearnings of millions of Nigerians for development in the grassroots.

“For us as representatives of the people, we have heard the cry of the people and we know that the only way we can add value to local government is by giving them political and financial independence.