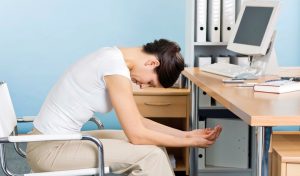 Being a woman doesn’t make you an expert on your body, but the more you know, the better you can control it. After all, knowledge is power. As uncomfortable as you may feel discussing your Aunt Flo’s monthly visit, here are a few fascinating facts that will hopefully put you at ease and make talking about this (completely natural) topic less taboo.

1. Your period gets worse in the cold

Some women not only have more painful periods, but experience more menstrual-linked depression during the cold months.

2. You’ll have about 450 periods in your lifetime

3. And spend about 6.5 years of your life menstruating

On average, your period spans 38 years of your life, but more than six of those could be spent on shark week.

4. Girls are starting their periods younger and younger

Puberty is making an earlier appearance for girls now than it did ten years ago.

5. Synchronizing periods with your roommates is a myth

Science has yet to prove that women’s cycles actually do this, but anyone who’s had a twin PMS party with their bestie could argue otherwise.

6. Some companies have started providing menstrual leave to their employees

A few British companies, including one called Coexist, allow female employees to take menstrual leave. They make up for the time off, but don’t have to have a sick note to take a day off when they have period pain

7. You can get pregnant during your period

8. There is a Disney movie about menstruating

It’s true. Disney produced, “The Story of Menstruation,” in 1946 as a resource for sex ed classes.

9. In some countries, women are still considered unclean while they are on their period

While this is true, we’ve got a long way to make periods not taboo, so let’s be encouraged by that.

10. You don’t actually need to bleed every month if you’re on birth control

Some birth controls can completely stop your monthly bleeding, which can also lower your risk of ovarian cancer.

11. You’re not losing as much blood as you think

I know it feels like you’re dying a slow, bloody death, but women only lose a few tablespoons to one cup of blood each month.

12. There can be as many as 2 million eggs in your ovaries

You probably know you are born with all of your eggs in your body, but did you know you had so many!?

13. You’re the only mammals who have periods.