The Guardian learnt that the clash started on Friday night with both sides using sophisticated weapons, responsible for the high number of casualties.

When the two communities clashed in December 2016, the member representing Itu Constituency, Idongesit Ituen told the House of Assembly that four persons lost their lives. 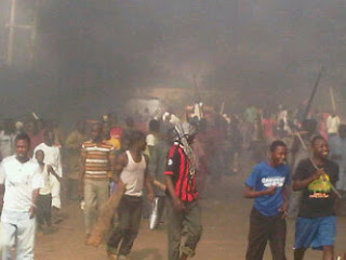 The lawmaker, who said the attack, came unexpected, lamented that in 2005 the squabble was settled amicably and peace agreement signed.

Ituen maintained that the recent attack should be termed criminal because it occurred when the people of Oku Iboku and adjoining villages were harvesting their crops.

According to him, after chasing away the people away, they stole outboard engines anchored at the riverside and their farm produce.

The Akwa Ibom Police Public Relations Officer (PPRO), ASP Cordelia Nwawe confirmed the incident but was not ready to confirm the casualty figure.

The PPRO of Cross River State, Irene Ugbo said: “Yes we are aware, but there is no casualty. Our men are there. They have been there since this morning (yesterday). The area is now calm.”

In Edo State, four persons have been killed in cult-related incidents at the weekend.

A retired staff member of an oil company was trailed by gunmen on Wire Road to Siluko, Benin City and shot in the presence of his family. His son was hit in the process.

The state Police Public Relations Officer, Moses Nkombe, confirmed the incident but dismissed speculations that the killing was cult-related. He maintained that it could be an assassination.

He said that the son of the deceased, who was hit, was responding to treatment while the wife was unhurt.

The police have also confirmed the death of three persons, killed in two separate incidents.

They were said to have successfully freed two of their colleagues who were detained over alleged rape.

The attackers were said to have gained access to the police station by posing as relatives of the arrested suspects and then started shooting sporadically.

Commissioner of Police, Haliru Gwandu confirmed the incident, adding that some suspects have been arrested in connection with the incident.

He also disclosed that more men have been deployed to the affected police station to ensure such incident does not occur again.