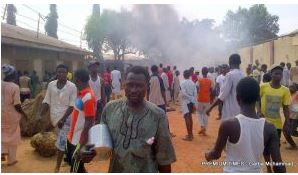 In what looked like a renewed killing in Southern Kaduna even amidst the presence of security agents deployed by the federal government to the troubled area, heavily armed herdsmen have launched yet another series of attacks on four communities, killing 21 people, destroying properties and setting ablaze houses on Sunday and yesterday.

The chairman of Kaura local government area of Kaduna state, Mr. Alex Iya confirmed the killing of 14 persons following simultaneous attacks on two communities of Mifi and Ashim by unknown gunmen suspected to be herdsmen in the early hour of yesterday morning.

This is just as a similar attack was carried out on Sunday’s night in Bakin Kogi community of Jema’a local government of the State, where seven persons were killed and scores injured.

The lawmaker, representing Kaura constituency at the Kaduna State House of Assembly, Dr. Yakubu Bityong further confirmed that the attackers had killed and destroyed many homes before the arrival of the security operatives.

The attacks in Ashim, Nisi and Zilan were said to have occurred yesterday at about 6:00am, claiming 15 lives with over 50 houses reportedly burnt while the attack in Bakin Kogi occurred on Sunday at about 5:00pm, claiming seven lives and many houses burnt.

When contacted, the spokesman of the Kaduna State Police Command, DSP Aliyu Usman, confirmed the attack but failed to disclose the casualty figure.

According to him, “Yes there was an attack by armed men and you know in such an attack there must be some casualty, but the number of casualty will be communicated in due cause.

“The Police Commissioner CP Agyole Abeh has relocated to the troubled area and normalcy has returned to the area.”