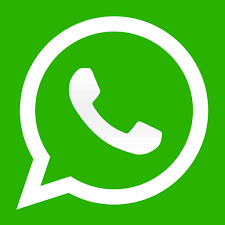 Half decade ago, Black berry was on top of its game thanks to its encrypted messenger called BBM (Blackberry messenger). Then, with the emergence of iOS, Android and better smartphones, WhatsApp came into existence. People quickly switched over to this service as it was available across devices and one could use it for free (barring few countries).
After its acquisition by Facebook, the most popular messaging service, has evolved into something more than just a free texting facility. Here are some lesser known features you can use within this app every day.

1. VIEW THIS
Yes, you can make voice and video calls with WhatsApp. This was needed and the Facebook-owned-company added the video calling feature a few months ago. To make a video call, users simply need to click on the calling button at the top right corner inside the chat window and choose between `voice’ and `video’ calling options.

2. SHARE MORE
Now you can share more media files with family and friends. Earlier, users were only allowed to send 10 media files on WhatsApp at a time, now they can share 30 files at one go. The new feature is presently available for Android users using WhatsApp’s beta version 2.17.6. It is expected to be rolled out to all users soon.

3. GIVE ME GIF
Animated images also known as GIFs can be shared now with buddies on WhatsApp. Users will see a GIF icon placed next to the emoticon icon when they tap on the emoji button.One can then search for GIFs and insert them directly from the app. It’s also possible to search GIPHY for a keyword suitable for chat conversations.

4. MORE FONTS AND TEXT EFFECTS
Bored of chatting on WhatsApp with the same default font? The company rolled out this feature to WhatsApp’s Android app, which allows users to type in a new font. The font appears like the Fixedsys typeface in Windows and can be used by placing “`” before and after the text. Similarly, font size can also be changed from the WhatsApp menu followed by chat settings. Users can also use codes such as two stars (*bold*) to make text appear in bold, words with underscore (_italic font_) for italics and hyphen (strike) for strikethrough text.

5. SHARE YOUR LOCATION
If we had got a naira every time we had to give direction to family and friends to come to our location, we would have been couple of thousands richer. Now, you can simply send other users your exact location using Google maps. The feature is available in the chat windows attachment menu. Remember to turn on locations services in your smartphone before sending.
gadgetsnow.com