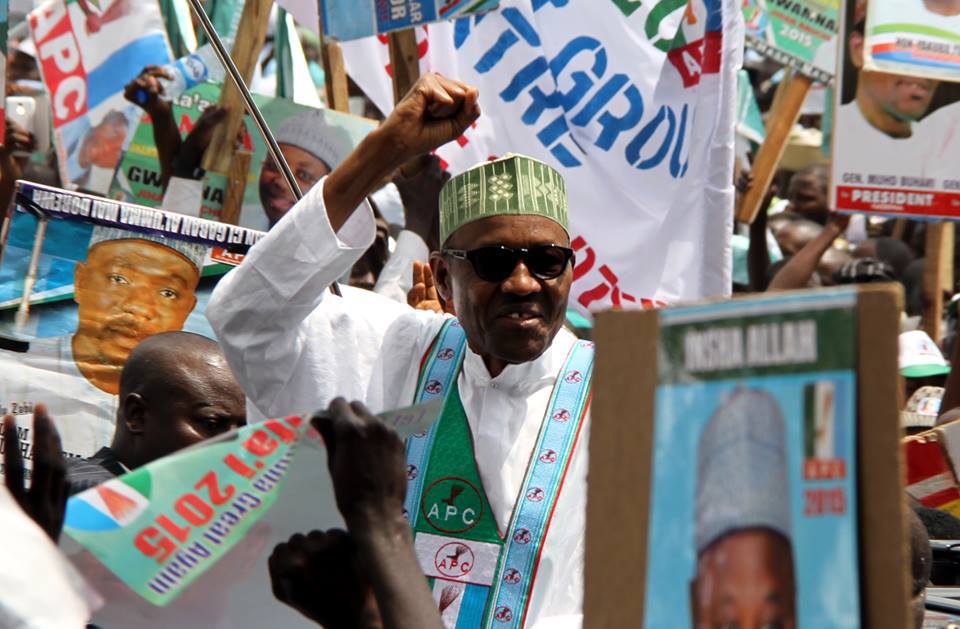 No fewer than  50,000 youths in Daura, Daura Local Government Area in Katsina state on Saturday, held a rally in solidarity with the administration of President Muhammadu Buhari.

The youths did the rally under the auspices of an NGO, “Buhari Youth Congress for Change.”  Daura is the hometown of the Nigerian leader.

Alhaji Musa Badamasi, the secretary of the NGO, told the News Agency of Nigeria that the rally was accompanied with marathon prayer.

He said the youth found it necessary to organise the rally to make their position known on the style of governance by Buhari.

Badamasi described most of the speculations regarding the health of Buhari as nothing but calculated attempts to tarnish the image of his administration.

Badamasi assured that the NGO would continue to rally round Buhari to enable him continue the good work he had been doing for the nation.

Alhaji Sani Altine, the Chairman of the All Progressives Congress (APC) chapter in local government, commended the youths for organising the rally and prayed for the safe return of the president.

He said the chapter would continue to support the policies and programmes of the Federal Government.

Alhaji Rabiu Fada, described Buhari as a God-sent, especially considering the effort of his administration to arrest the security challenges in the North-East.

He said the unnecessary displacement and destruction of lives and property in the North-East had drastically reduced, stressing that the president deserves commendation.

Alhaji Musa Abdullahi, the Daura Zonal Vice-Chairman of APC also commended the youth and assured them of support of the party whenever the need arose.

He said Buhari was in good health, stressing that ‘’last week, we were in contact with him through telephone.

Since the departure of Buhari to London on medical vocation, the entire people of Daura local government have resorted to prayers in mosques and other places of worship invoking God’s intervention for his safe return too the country.

The Daura Emirate also held a similar solidarity rally and prayer for the president last Friday.