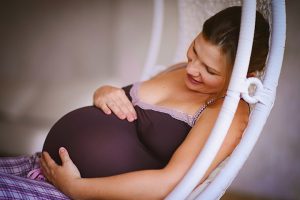 Pregnancy comes with a package of benefits – besides giving you the apple of your eye. And, some of these benefits could last a lifetime. Surprised? So, get over those pregnancy blues and think beyond the funny waddles, the morning sickness, the mood swings, increased appetite, heightened sense of smell and what not. Here are more reasons to celebrate pregnancy:

1. Pregnancy Makes Your Bones Stronger:
The weight gain during pregnancy has an additional advantage. Studies suggest that the extra pounds that you put on during pregnancy make your bones stronger, especially around the pelvic area. The extra weight might also make the hip muscles stronger thereby reducing the chances of a hip fracture later in life by forty-four percent. Researchers also believe that for every additional child you have, the risk of hip fracture will go further down by another nine percent!

2. You Have A Cleaner Lifestyle:
Of course, with pregnancy you also get conscious of what you consume and what you do. You will manage to quit smoking with ease, unlike the non-pregnant ones who might need a rehab to give up cigarettes. You will be able to minimize your drinking as well. You will revert to eating healthy for many more months to come, this time with the intention of taking good care of your young one right from the time it’s in your womb. You give up silly and unhelpful diets that do you no good in the long run.

3. You Are Fitter Than Ever:
Sponsored
Believe it or not, you might be doing much better than the gym-going non-pregnant women. Pregnant women have a great metabolism. Their aerobic capacity is boosted by thirty percent, and their hearts pump twice the regular amount of blood. The phenomenon lasts for a few months postpartum too, so if your fitness trends could be carried forward through pregnancy to postpartum period, and you could remain stronger than ever.

4. You Are Relaxed And Positive:
Mood swings are a thing during pregnancy, but they are also momentary. Most times, you are relaxed because you no longer see yourself rushing into things. You have the privilege of people being considerate to you, some might offer help to do your tasks, you have good reasons to procrastinate, and you will unload most burdens during pregnancy. Bless the pregnancy hormones that make you feel good.

5. The Pregnancy Glow:
Indulging in healthy food habits during pregnancy does well for your hair and skin. You have dense and glossy hair; your skin glows, you may have a great complexion, this time, around, and guess what, your nails will also grow stronger!

6. Increased Libido:
It might sound contradictory. But while you may not often be aroused during pregnancy, the times you do, you have great sex. Thanks to the increased blood circulation that makes you more sensitive than usual.

7. Your Illnesses Take A Downturn:
Quite a few chronic conditions such as rheumatoid arthritis, multiple sclerosis or rheumatoid arthritis vanish during pregnancy. Scientists are not sure why this happens, but they owe it to the hormones. These conditions are likely to reappear after pregnancy, but you can enjoy the time now. Moreover, any health conditions that you may develop during pregnancy could help predict the conditions you might have in the future, so it makes it easy for medics to identify the symptoms and intervene early on. For instance, if a pregnant woman develops gestational diabetes, she is more predisposed to get type-2 diabetes later on. Early identification can help manage the situation later on.

9. Pregnancy Boosts Your Longevity:
Did you know that pregnant women seize some of their baby’s new cells to make up for their aging ones? The interesting phenomenon has been confirmed through studies whereby male stem cells have been found in the bone marrow of mothers who have boys. It might explain why women outlive their male counterparts and why pregnancy could protect women against cancers, especially breast cancer.
momjunctions