The Supreme Court on Friday affirmed the conviction and sentencing to two months in prison of Professor Festus Kolo, a lecturer at the Ahmadu Bello University, Zaria for enticing a married woman. 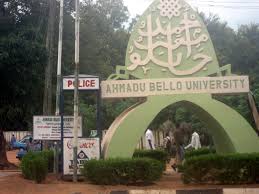 The News Agency of Nigeria (NAN) reports that the pronouncement was without an option of fine.

Delivering the judgment, Justice Clara Ogunbiyi held that the appellant had failed to dispel the prosecution evidence that linked him to the offence.

“It is ironical and intriguing that a Counsel for the appellant, who described the act of his client as condemnable and detestable, could in another tone dismiss the same act simply as mere allegation.

“It was stated that the appellant had been warned severally by the husband of the woman both face to face and on phone to stay away from her.

“He had refused to heed until he was caught red handed with the woman in a hotel room.

“The appellant according to the evidence before the court had left his place and travelled for up to four hundred kilometres from Zaria to Dutse to pursue his illicit sexual act,’’ she said.

Ogunbiyi said: “it was alleged further that the appellant was arrested by the Police in the hotel room and later charged to court for enticing the married woman.

“This alleged offence is contrary to Section 389 of the Penal Code’’.

The judge said: “ for purpose of recapitulation, a critical analysis of the behaviour pattern exhibited by the appellant will give a reasonable assessment of his character and intention.

“This is well depicted in his persistent refusal to stay away from another man’s wife despite several warnings by her husband.

“In addition to the foregoing, the open confession made by the appellant to the commission of the offence during police investigation is a further reason to discountenance the submission put forward by the appellant.

“I have stated the position of this court earlier in the course of this judgment wherein it holds that the confession is the best form of evidence.

“And an accused person can be convicted on his confessional statement alone’’.

Ogunbiyi held that: “consequently, the lower court could not be faulted when it went ahead to affirm the conviction and sentence of the appellant.

“This was done according to strict compliance with summary trial procedure by the successive lower courts’’.

The judge, therefore, held that the appeal at hand was devoid of any merit.

“The concurrent judgments of the lower courts are endorsed while the conviction and sentence of the appellant by the lower court is also affirmed by me.

“The appeal is dismissed and the judgment of the lower court is affirmed by this court,’’ she said.

NAN reports that it was an appeal against the decision of the appellate session of Jigawa State High Court delivered on Sept.17, 2013 in appeal No. JDU/14/CA/2013.

The court had affirmed the judgment of the trial Magistrate Court, Kiyawa, Jigawa state wherein the appellant was convicted summarily for the offence.

Upon this conviction and sentence by the Magistrate, the appellant was dissatisfied and lodged an appeal before the appellate division of the Jigawa state High Court.

Kolo had asked the court to decide whether or not the lower trial Magistrate, “Senior Magistrate’’ had the jurisdiction to try and determine the offence under Section 389 of the penal code laws of the state.

After hearing argument from both sides, the High Court in its judgment delivered on Sept. 17, 2013 dismissed the appeal and upheld the decision of the trial court.

NAN reports that the statement of facts indicated that Kolo was a professor and lecturer at the Ahmadu Bello University, Zaria while the victim was his student at the University.

It was stated in the face of the First Information Report (FIR) that the appellant had been sending love messages via his phone number to the married woman through her phone number.

The FIR also said that the convict had defied all warnings, adding that he was thereafter caught in the near sexual act with the victim in a hotel by the police.

The convict had described the entire incident and trial as a set up.