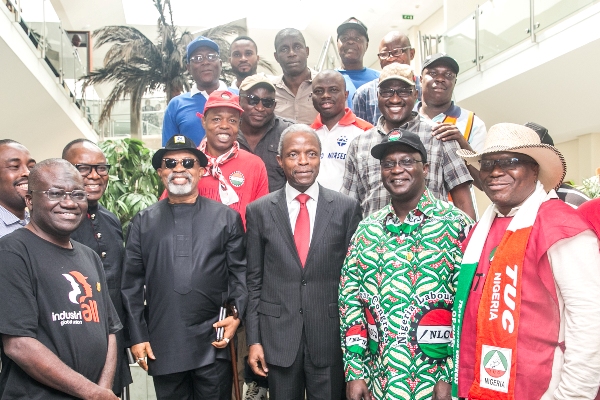 The Acting President of Nigeria, Prof. Yemi Osinbajo, on Thursday in Abuja received and interacted with the leaders of the two national labour union who organized rallies to denounce the suffering in the country.

The Nigeria Labour Congress (NLC) and Trade Union Congress (TUC) today organized the workers for protests in Lagos and Abuja against what they described as the worsening human condition presently experienced in the country.

They called on the Federal Government to formulate policies that would reduce hardships and improve the lives of workers.