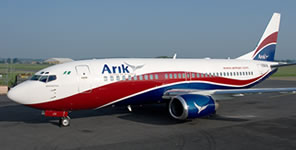 The Asset Management Corporation of Nigeria (AMCON) has employed the services of an auditing firm, KPMG, to look critically into the finances of Arik Air, which it took over last week, to determine its true financial status.

This came after the immediate past President of the Aviation Round Table (ART), Capt. Dele Ore, insisted that the airline’s problems were not unexpected.

According to AMCON, the audit will examine the accounts of the airline from its inception till January 31, 2017, nine days before it was eventually taken over by AMCON due to the airline’s debt of over N300 billion.

AMCON said that the firm would undertake a forensic and diagnostic audit of the airline and is expected to submit its report within 12 weeks.

The corporation added that KPMG’s review would, among other things, cover the position of assets and liabilities and their utilization.

“We have hired KPMG to look into the financials of Arik with a tooth comb and advise us with verifiable facts on what went wrong with the airline,” AMCON explained. “We need to do that because the outcome will help us plug the loopholes and stabilize the airline. The whole intention is to identify what went wrong with Arik to enable the new management to bring it back to full operations.”

Mr. Ore insisted that the woes of the airline were involuntarily brought upon themselves, stressing that successful operations settle bills when they are due, which Arik Air has consistently failed to do.

He also queried the rationale behind the appointment of the Deputy Managing Director of the distressed airline, Capt. Ado Sanusi, as the new helmsman in another distressed airline under AMCON control, Aero Contractors.

“I am lost for words as to what informed the government to make Capt. Ado Sanusi to become Mr. Quick-fix and messiah of Aero Contractors!

“Whether national carrier, flag carrier, world carrier or even no carrier, the Nigerian government should hasten the final payment and rehabilitation of the staff of the liquidated Nigerian Airways. The shoes of Nigerian Airways will continue to be too big for anybody to step into until obnoxious policies are addressed; until the ever so important issue of the Maintenance, Repair and Overhaul (MRO) facility is resolved; expensive fuel made a thing of the past; security issues resolved and the reality of foreign exchange put to rest.”

It would be recalled that the federal government had intervened last Thursday and took over the airline following daunting complaints of huge indebtedness of the carrier to various creditors, frequent interruptions in its operations, and passenger safety concerns.

AMCON revealed that Arik Air owed over N300 billion to workers and banks.