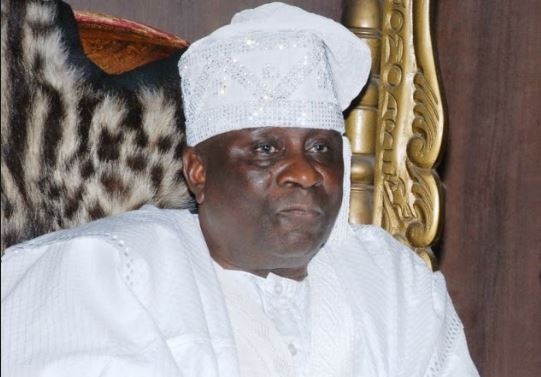 Youth groups under the auspices of the Joint Action Committee of All Northern Youths Association (JACANYA) has taken a swipe on the Oba of Lagos Rilwanu Akiolu for attacking former vice President Abubakar Atiku as reported recently in an online publication.

According to the group in a statement issued at the weekend and made available to newsmen in Kaduna, “the attention‎ of the Joint Action Committee of All Northern Youths Association‎ has been drawn to the recent attack by the Oba of Lagos, Rilwan Akiolu as reported by premium times where he was quoted to have said he would work to ensure corrupt people never lead Nigeria again.

“He was quoted to have made the speech at the inauguration of the Nigerian Women against Corruption initiative in Lagos.

“I insist that this is not era for somebody who spent the first three years under the administration of President Olusegun Obasanjo making money and turning public corporations to his own,” Thisday newspaper quoted Mr. Akiolu as saying at the event.

“He is planning to come back to be the President of this country again. I’ll work against his ambition. I mean it and I mean it, by God’s grace, it shall not be so.”

Although he didn’t mention his name, Mr. Akiolu is believed to have been referring to former Vice President Atiku Abubakar for whom he has never hidden his disdain.

Mr. Abubakar served as vice president under ex-President Olusegun Obasanjo between 1999 and 2003.

Last month, the Lagos monarch had accused Mr. Abubakar of being behind his forced exit from the Nigeria Police Force where he was retired as an Assistant Inspector General.

At an event organized by the Lagos State Ministry of Justice on January 30, Mr. Akiolu said Mr. Abubakar played a prominent role in convincing then president, Mr. Obasanjo, to retire him from service.

The statement jointly signed by Murtala Abubakar National. Cordinator and‎ Alex Baidi National Secretary said, “in view of the attack on the person of the former vice President Atiku Abubakar we wish to state as follows, that as a Royal father, the Oba of Lagos must not be seen as being partisan.

“His direct attack on Turakin Adamawa was unwarranted and uncalled for.

“That ‎he should be more concerned with his subjects and stop dabbling into issues capable of instigating regional conflicts.

“That while we commend his stands against corruption, we will not henceforth tolerate any unsubstantiated attack on any of our leaders”.

The youth groups therefore called on the Royal father to henceforth desist from further attack on their leaders or will be left with no option but to take necessary measures to check his excesses including seeking legal redress.

“We wish to say that enough is enough of such unguided utterances from anybody against our leaders, we hope this gentle warning will be taken in good fate. We may be left with no option but to take actions legally possible if such unsubstantiated attack on our leader repeats itself again” the statement reads.