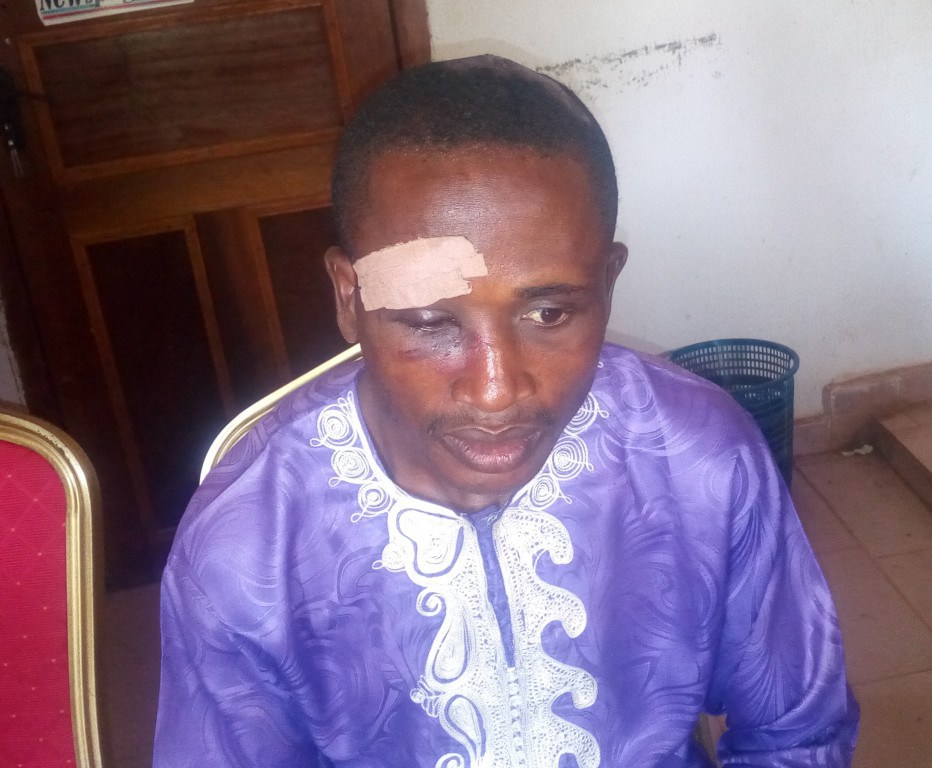 Mr Godwin Aliuna, an Ebonyi State correspondent of National Mirror Newspapers, was on Wednesday attacked by armed robbers who stormed his residence and cart away money and other valuables.

According to reports, the criminals stormed Aliuna’s apartment on Igweokpu street, Abakaliki at about 2 a.m. The hoodlums were said to have made away with HP laptop, camera, two handsets and N52,000 whilst also wounding him severely in the process.

Narrating his ordeal, the victim said the robbers who broke into his house via the window would have killed him in the process but was saved by God.

“The three men, who were with gun, cutlass and saw came to where I was laying down and ordered me to put my hands at my back for them to tie me. I did as they asked me to do and, they beat me up; broke my head and inflicted injuries on my eyes. They dragged me into my toilet and locked me up. They ransacked my house and took my N52, 000.

“They also took my laptop, two handsets, camera and other belongings that they took from my wife’s and children’s rooms. My wife and children went to the village and are to return this weekend.

“One of the robbers later came back to the toilet where they locked me up and asked “so, this man you never die? We think say you done die. When they finished ransacking my rooms, they opened the door at backyard and left”.

“When they left, I shouted and my neighbours came and untied me, by that time it was already 4a.m. I went and reported the matter to the police and they said I should first go and treat myself which I have done”.