The Chief Justice of Ekiti State, Justice Ayodeji Daramola has pleaded with the Ekiti State Police Command to beef up security in the various courts in the state.

This is just as the Ekiti State Police Commissioner, Mr Wilson Inalegwu said that with the activities of the dreaded Boko Haram insurgents, the attacks on courts and other security threat, there was a need for all the stakeholders in the security sector and the judicial officers to brainstorm and fashion out security model that could protect courts. 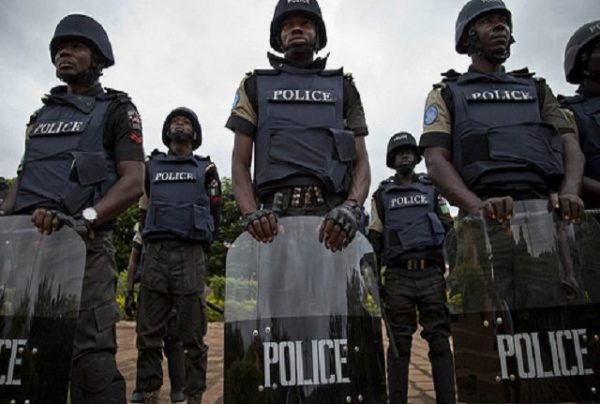 Justice Daramola stated this when the police Commissioner paid him a working visit in his office.

According to the CJ, there was need for synergy between the Prison authority and the police force to beef up security when hardened criminals were being brought to court.

He said that the Prison officers lacked capacity to effectively secure the Prison without the assistance of the police, noting that cases of jail break were rampant because of the lack of the synergy.

“I was mandated by my colleagues to visit you (Commissioner) because of the recent experiences in Imo and Kogi States, to solicit for your cooperation by improving the police protection of courts.

“We really need Police protection. Please help us in this regard. It is not only the police that criminals look at with disdain. They also look at us with disdain as well.

“Things have not been the same between the police and the Prison authority since they started carrying arms. The Prison people must allow the police to assist them,” he said.

Responding, Mr Inalegwu said that the importance of cordial relationship between the police and the judiciary cannot be overemphasis in the administration of justice.

“When I arrived Ekiti State, I was briefed about the number of conviction that the police has secured. I was very impressed about it your Lordship.

“We usually asked the Prison people to alert us when they are talking hardened criminals to the court, but we don’t get to know about it. We have written to the Comptroller of Prison about this.

“We are going to look at the operations of our Judges Protection Unit and do something about it if we discovered that there are. My OC legal and DCP Admin are here, they will take a look at it.

“With the activities of the Boko Haram, the attacks on courts, there is need for all the stakeholders in the security sector to brainstorm with judicial officers and fashion an enduring security model that could protect the courts”.