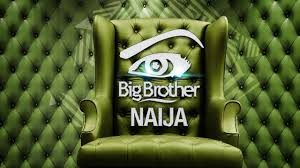 After the housemates voted during the Nomination Live show, Biggie nullified the nomination, stating that he would decide who would be evicted.
As expected, Mondays are for nominations. However, after the Nomination process, Kemen told Marvis about Ese and Jon as he thinks they are up to something.
Their whispers earned them a warning from Biggie, who further issued Kemen with a strike, warning him that a third strike would disqualify him.
play

He also warned Marvis against conspiring with fellow housemates. After Kemen was heard mumbling “I can’t accept that,” Biggie instructed him to be placed in the isolation Booth for a day.
Finally, Biggie nullified all Nominations. He informed Housemates that he would decide who would be evicted. At the same time, he withdrew Bisola and Bally’s earned advantages.
However, the viewers have a different theory. According to them, Biggie nullified the votes because the two fake housemates Jon and Ese got the highest nominations, and are supposed to be up for possible eviction.
Others think Biggie is ready to send Ese and Jon out of the house this weekend.
pulse.ng