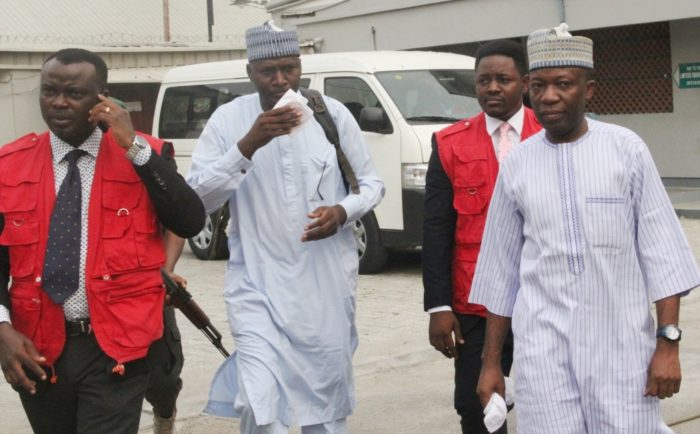 The EFCC  alleged that Belgore, and Prof. Abubakar, who was Minister of National Planing in 2014, on or about March 27, 2015, conspired together and directly took possession of N450 million, which they reasonably knew to be proceed of crimes.

The two accused who were docked  at a Federal High Court, in Lagos were also alleged to have on March 27, 2015, transferred the sum of N50 million to one Sheriff Shagaya, without going through financial institutions.

They  pleaded not guilty to all the counts.

EFCC Prosecutor Mr. Rotimi Oyedepo, told the court that in view of the pleas of the two accused persons,  they have put themselves up for trial, pursuant to Section 273 of Administration of Criminal Justice Act (ACJA).

Oyedepo therefore urged the court to fix a date for trial.

However, Belgore’s lawyers by Mr. Ebun Shofunde (SAN) leading other two Senior Advocates of Nigeria, Seni Adio, Ladi Rotimi-Williams,and six other lawyers told the court that they have filed a summon for bail, which has  been served on the prosecution.

Shofunde (SAN) urged the court to admit Dele Belgore to bail on self-recognisance, on the ground that he is a Senior lawyer, who has been a lawyer since 1985, and became a SAN in 2001.

He said Belgore will not be a flight risk and  urged the court to grant him bail.

Ayorinde said they he had filed a summon for bail dated February 8, 2017,  before the court and that the  prosecution had been served a copy .

Ayorinde (SAN) told the court that Professor Abubakar is an educationist and a Minister of the Federal Republic of Nigeria in 2014, a Researcher and Teacher of over 20 years, who currently lectures at University of Abuja.

Chief Ayorinde (SAN), therefore urged the court to grant his bail on self-recognisance.

In response, the EFCC prosecutor, Mr. Rotimi Oyedepo, said he leave the issue of bail to the court’s discretion, but urged  the court to grant them bail in terms that will make them to attend trials.

The judge however, ordered that the defendants’ international traveling passport which is in the custody of the anti-graft agency be transferred to the court and be deposited with the Court’s Deputy Chief Registrar.

It is definitely not the best of times for foremost Nigeria's gambling mogul. Adebutu Kessington also known as 'Baba Ijebu' as operatives of the...
Read more

The house of representatives says the cries of the people that have lost their lives due to the ravaging insecurity in the country are...
Read more
- Advertisement -