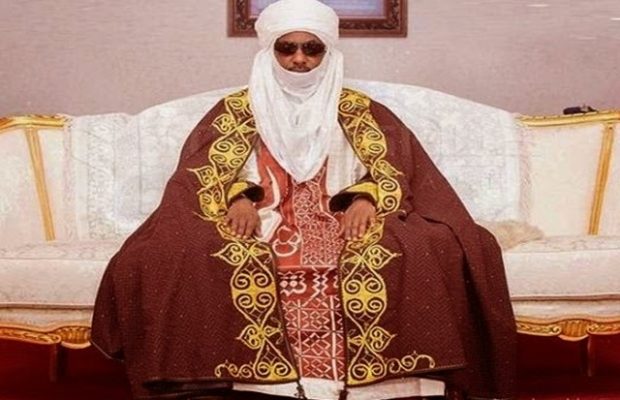 Mixed reactions have continued to trail the move by the Emir of Kano, Muhammadu Sanusi II, to ensure that men who cannot cater for their family do not marry more than one wife.

The Muslim Rights Concern, MURIC, group on Wednesday released a statement supporting the move called by the monarch

Women in Borno State, today also voiced their opinions  in an interview with the News Agency of Nigeria, while some said they wholeheartedly supported the move, others thought the idea was out of place.

It would be recalled that the Emir had at an occasion, lamented that some people who were financially handicapped, married many wives and ended up not living up to their responsibilities of catering for their wives and the children.

He had hinted that he intended initiating a bill that would regulate marrying more than one wife, outlaw forced marriage and domestic violence among others.

Maimuna Garba, a housewife, urged “all married northern women” to “stand behind the Emir on his polygamy stance”.

“Whatever you say or refer to in the Holy Qur’an they (men) will not listen to you; they always choose what sweets them and abandon the concrete reality of it,” she said.

Aisha Ibrahim, another married woman alleged that most men would only listen to you when you advocate polygamy.

“Many of them engage in extra-marital affairs while abandoning their true wives at home.

“They should acquaint themselves with Qur’an , Hadith and Tafsir where every aspect of mankind, from Adam and Eve, to the last generation, have been clearly explained,” she said.

Amina Ba’ana, another housewife, questioned the reason for the ‘hullabaloo’ as the Emir was only being realistic.

“Sanusi has not said men must marry one wife or men should not marry more than a wife.

“What he is trying to do is to evoke the part of Islamic Law that said husbands must provide food, shelter and basic needs of their wives and kids after marriage.

“What he is doing is ensuring that before you get multiple wives, you have to show you are capable of taking care of the wives and their off-springs in all aspects,” she said.

But Maryam Bala, a spinster, said marriage would always be destined by God and not by human plans.

She said that Holy Prophet Muhammad (S.A.W) was once quoted as urging his people to “marry and have children so I can be proud of you”.

“The Emir might not be wrong but yet his statement is demoralising for women who have yet to meet their future partners.

“There are many women than men in the world, who is going to marry them?” she queried.

Also speaking on the issue, Muhamad Askira, a lecturer of Political Science at the Ramat Polytechnic, Maiduguri, said the “Almajiri system, as presently constituted, is an affront to our religion, culture and civilization”.

“No community will prosper by condemning its future generations to begging and all sorts of societal indignities.

“If the Almajiri system was primarily conceived in humility and borne out of intellectual necessity, it has since ceased to be so.

“What is happening today is that most parents have abandoned their parental responsibilities by disposing their wards of to distant lands for economic reprieve .

“It is pure exploitation, bordering on sheer parental dereliction and irresponsibility.

“I wonder how our consciences fare when we see promising young lads reduced to begging at every motor park, at every mosque entrance, at every filling station and at every public gathering.

“I wonder how we expect strangers and foreigners to respect us when the first experience they have of us in ‘our land’ is mostly that of swarm of beggars,” said Mr. Askira.

Othman Ibn-Abdullahi, a cleric, explained that the Emir was right in his initiative and thinking.

“People have abused the values and teaching of our prophet S.A.W.

“Marrying more than one wife is right but only if you can treat them equally and you have what it takes to do so,” he said.