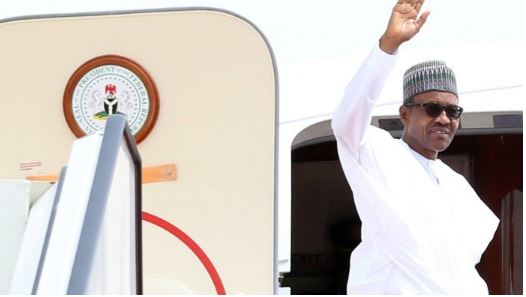 He has said that he requires a longer time to rest, and have no need to rush back to work. This probably puts paid to speculations and claims by top government officials that he is actually fit and healthy.

Buhari wrote to Nigerians through his aide, Femi Adesina

The president said this, on Tuesday, saying the rest was deserved following the results from the series of medical tests he carried out in the United Kingdom where he is on vacation.

The president, who noted that he is staying longer than expected in the UK, reportedly stated this in a four-paragraph statement through his Special Adviser on Media and Publicity, Femi Adesina.

The president, however, was full of praises to Nigerians for their prayers, good wishes and support adding that there was no cause to be troubled.

According to Adesina, “President Muhammadu Buhari thanks millions of Nigerians who have been sending good wishes and praying for his health and well-being in mosques and churches throughout the country.

“The President is immensely grateful for the prayers, show of love and concern.

“President Buhari wishes to reassure Nigerians that there is no cause for worry.

“During his normal annual checkup, tests showed he needed a longer period of rest, necessitating the President staying longer than originally planned,” he said.