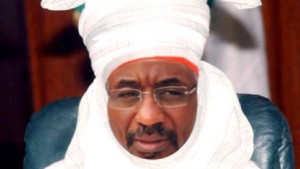 Muhammadu Sanusi II, emir of Kano, has said a family law will soon be put in place in Kano State to outlaw forced marriages in the state. The Emir of Kano disclosed this on Sunday at the 50th anniversary of the demise of Isa Wali, a former Nigerian ambassador to Ghana.

The law, He said, will also recommend certain conditions to be met before a man can marry a second wife.

He opined that the economic consequence of men marrying more than one wife and giving birth to many children is evident in the north.

“It perhaps a tribute to Mallam Isa that today as I speak, in the palace in Kano, a sub-committee which I set up of scholars which has been working for one year is finalising sections of a family law we intend to introduce to Kano which would address some of the issues Mallam Isa was concerned about”.

“The law will set up what Islam says about the minimum age of marriage, it will outlaw forced marriages, it will make domestic violence illegal, it will put in the conditions that you must fulfil before you can marry a second wife, it will introduce protection for divorced women, it sets out the responsibilities of a father beyond producing the child and the role of the court in taking care of children.

“We have all seen the economic consequence of men who are not capable of maintaining one wife marrying four, producing 20 children, not educating them, leaving them on the streets end up as thugs and terrorists.”

Sanusi said the law addressed some of the concerns raised by Wali in his writings.

“He was very controversial in his writings for a conservative northern Muslim society, he was the son of an Islamic scholar, the Wali who doubled as Waziri and write against the institution of the concubine, he wrote against polygamy, he wrote for the equality of men and women in Islam, he supported the education of women”

“Even if there was no consensus for some of his views, if you take the issue of concubine, the matter was not settled in theory but it has been settled in practise because nobody has concubines anymore.

“Now polygamy is a different matter but at least he drew attention to a lot of the injustices in the manner of culture that was practised.”