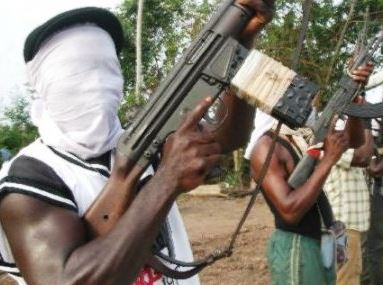 Gunmen have caused serious commotion in a Lagos community after storming the area to unleash terror on the residents.

Adekoya was abducted at about 1am by gunmen who stormed the estate. Channels reports that the assailants shot into the air before taking Adekoya away.