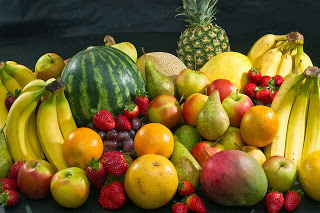 According to a new study released on Thursday in London, researchers at the college made this known in a review of the outcome of 95 studies which included almost two million people suggesting that 10 daily servings of fruits and vegetables may be the best recipe for longevity.

In their review, the researchers also found signs that produce (fruits and vegetables) that seem to confer the greatest benefits are apples, pears, citrus fruits, green leafy vegetables, cruciferous vegetables (such as broccoli, cabbage and cauliflower), and green and yellow vegetables (such as green beans, spinach, carrots and peppers).

The benefits, they believe, appear to come through lower rates of heart attack, stroke, cancer and early death. And if everyone finds a way to get 10 daily servings of the produce, about eight million premature deaths will be avoided each year worldwide, the British researchers estimated.

On exactly how much in the way of fruits and vegetables this amounts to, the researchers believe that this will be anywhere from 10 small bananas or apples to 30 tablespoons of cooked spinach, peas, broccoli or cauliflower — or roughly 800 grams of produce. This is double of the current value in the correlation of produce consumption to wellness.

At least five servings (400 grams) of fruits and vegetables each day is what is currently recommended by many health agencies.

According to Dagfinn Aune of the Imperial College Public Health School, who is author of the study, although five portions of fruit and vegetables is good, 10 a day is even better.

But the study maintains that even just over two portions a day make a difference.

Thus, eating 2.5 portions (200 grams) of produce on a daily basis was associated with reductions in: heart disease (by 16 per cent); stroke (18 per cent); cardiovascular disease (13 per cent); cancer risk (four per cent); and premature death (15 per cent).

“Fruit and vegetables have been shown to reduce cholesterol levels, blood pressure, and to boost the health of our blood vessels and immune system,” Aune said in a university news release.

“This may be due to the complex network of nutrients they hold. For instance, they contain many antioxidants, which may reduce DNA damage, and lead to a reduction in cancer risk,” the researcher explained.

However, the study did not prove a cause-and-effect link between eating more fruits and vegetables and longer life.

“Most likely, it is the whole package of beneficial nutrients you obtain by eating fruits and vegetables that is crucial in health,” Aune said.

“This is why it is important to eat whole plant foods to get the benefit, instead of taking antioxidant or vitamin‎ supplements (which have not been shown to reduce disease risk).”