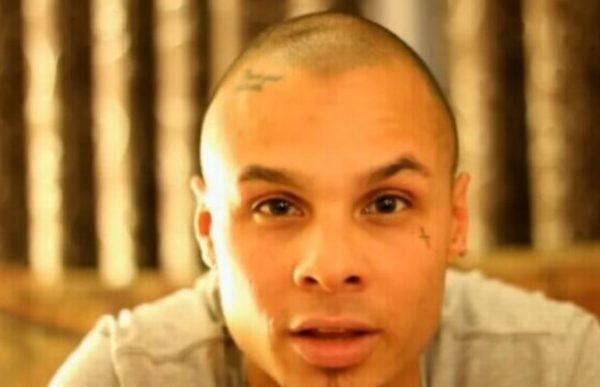 A man identified as Ishaq Mustaqim has narrated why he converted from Christianity to Islam.

Mustaqim, a young millionaire who made his fortune from criminal activities disclosed how he took to the life of crime from the age of 13, resulting to juvenile jail sentence on him.

He narrated that at the age of 18, he was sent to another prison for two years where his criminal mind got broadened.

Despite going in and out of jail, Mustaqim said he made so much money but never had peace until he met some Muslim brothers who introduced him to Islam.

In a videocirculated online, Mustaqim asserted that he found peace when he finally converted to Islam and started reading the Quran.

He said, “My name is Ishaq Mustaqim and my father is from Haiti and my mother is from Switzerland and I’m Muslim for two years now. I was born in Montreal and grew up there. When I was a young kid I was really good in school and I’m sure my mum had high hope in me because I was her first child.

“Everything change when I was looking for Admire, I was staying with my mum and her husband, and I needed I father figure because I never had one, this pushed me to the street.

“At the age of 13 I started behaving like other kids in school who used drugs and followed girls, at 15 I became so bad that I was put in juvenile jail for few months and I didn’t stop. This made my mum to send me back to Switzerland where I worked for her brother, where I worked for three.

“At 17 I cooled off and at 18 I started and was sent to jail for two years, in jail I learnt that happiness was based on material things. My time in jail made me to be criminally minded. I was Christian before but was not praying. I only prayed when I was into something bad.

“In jail I prayed and while reading the Bible but I didn’t feel touched. Shortly someone I could not see gave me the Quran.

“When I came out of jail I started looking for money, and because I had no school, the fastest way was the criminal way. Every bay was of getting money I was involved in it. For ten years I lived the life of luxury, power and respect.

“I lived a millionaire life for ten years and at the end I was questioning my self the essence because there was no happiness. I was caught again and sent to jail for 11 months and due to my record I was put in the maximum area with people with more money.

“At the end of my sentence, I met a Muslim brother who told me about Islam and he promised to send me the Quran but he never did. When I got up, I went back to my life and I met a woman who is a Muslim who made me to do research on the Quoran.

“During my research, I found that Islam was the truth, I took Mazadhazad three days after my mum called me, saying the police was looking for me, I met with my lawyer and they asked me to give myself in and I did for the first time as a Muslim.

“My love for Islam is because it gives me happiness, the happiness that money, women, crime never gave me. I have today seen young Muslims wishing to compromise because they don’t value what they have.