A man has escaped been stabbed to death by a Nigerian police officer during an altercation at a bank in Ogun State. 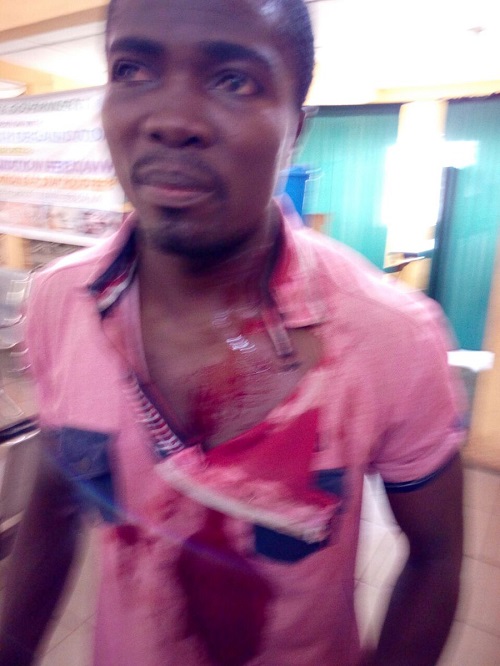 Oladunjoye Olusola Mathew after he was allegedly stabbed by a police officer
It was serious drama at a First City Monument Bank, ATC point in Oke-Ilewo, Abeokuta, Ogun State as an overzealous police officer allegedly stabbed a man with a knife.
The man who was stabbed identified as Oladunjoye Olusola Mathew had gone to the bank to withdraw money before the ugly incident. 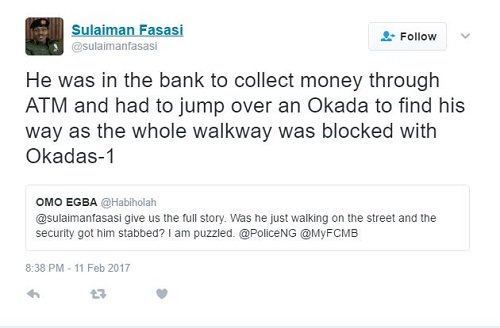 According the Twitter user, Sulaiman Fasasi who narrated the story, Mathew was at the bank to collect money through ATM and had to jump over an Okada to find his way as the whole walkway was blocked with Okadas. 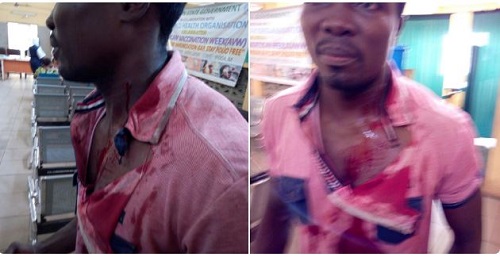 It was after jumping an Okada that the police officer attacked to FCMB pursued him and brought out a knife he used in stabbing the man leading to a serious commotion.