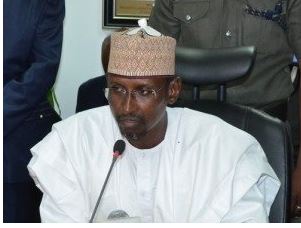 Residents of the Federal Capital Territory (FCT) have expressed worry over the secrecy in which the present FCT Administration disburses monthly federal allocations to the six area councils in the territory, just as they alleged that the recent development lacks transparency and accountability.

It could be recalled that the immediate past FCT Administration headed by Sen. Bala Mohammed and Olajumoke Akinjide made available monthly allocations disbursed to the area councils and statutory deductions to the public to enable residents hold public office holders accountable.

However, investigation by our correspondent reveals that since the inception of Malam Muhammad Musa Bello’s administration, this act of transparency has been thrown to the wind, as disbursements of monthly allocations are done in top secret, without the knowledge of the media.

Worried by this development, a cross section of FCT residents who spoke to our correspondent have accused the present FCT Administration of “shady deals”, even as they tasked the administration to make public all monthly disbursements to the councils since inception.

Mr. Titus Omang, a resident of Karu in Abuja Municipal Area Council (AMAC) told our correspondent that despite the transparency posture of the FCT Minister, disbursement of council’s fund lacks credibility, alleging that there is a hidden agenda in the recent disbursement of monthly allocation to area councils.

“I cannot reconcile what is happening now with the anti-corruption crusade of the present government. In other words, this is a government that preaches transparency and accountability, yet we (residents) don’t know how much has been disbursed to area councils since this administration came on board. The previous FCT Administration was seen in many quarters as corrupt, yet they were able to provide us with details of monthly allocations to councils so that we can hold them accountable. This is one ironies of life”, Omang stated.

Another resident who volunteered his name as Malam Hassan Jatau noted that the absence of a Minister of State for the FCT might have contributed to the recent development in the supervision and monitoring of area council’s activities, observing that it is the responsibility of state minister tomake such disbursements public.