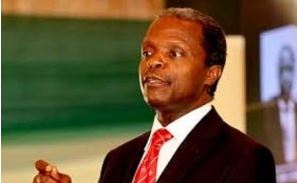 The federal government indicated yesterday that it has commenced disbursement of N140 billion interest-free loans to the latest accredited beneficiaries of MarketMoni, the government enterprise and empowerment programme (GEEP) which targets market women, traders, artisans, youths and farmers.

MarketMoni is one of four schemes under the social intervention programme of the federal government being executed by the Bank of Industry (BOI).

This is part of efforts by the President Muhammadu Buhari-led administration to stimulate the Nigerian economy and deepen financial inclusion for the under-banked and unbanked.

Over 24,000 Nigerians, including market women, traders, artisans and youths, have so far benefited from the special intervention programme since it was rolled out in December, 2016.

The Office of the Vice-President had revealed that government has commenced disbursements in 13 states and the Federal Capital Territory through the Bank of Industry and will be expanding across all states over the next two months.

Speaking yesterday at an Abuja stakeholders discussion on the scheme, acting managing director of BoI, Mr. Waheed Olagunju, reiterated that MarketMoni was a demonstration of government’s resolve to accelerate development of Nigeria’s micro-enterprises.

He urged beneficiaries to be judicious in the use of the funds and to pay back, as it will enable the programme to remain sustainable and expand its reach to millions of Nigerians as well as stimulate economic activity at the base of the pyramid.

Olagunju said, “This federal government programme aligns with BoI’s goal of inclusive growth and expanding economic opportunity. Access to affordable funds is a primary challenge of micro, small and medium enterprises. MarketMoni is a direct response to this challenge – granting loans at unprecedented rates that cannot be accessed anywhere else.

“The government identifies with Nigerians working hard to keep their businesses afloat and will continue to extend its assistance through initiatives of this nature”.

On her part, BoI’s executive director, micro-enterprises, Ms. Toyin Adeniji said, “Not only does access to affordable finance enable people grow their economic opportunity; it also breaks poverty barriers and pushes the frontiers of inclusive growth and financial advancement. The target 140 billion programme seeks to deliver this. We are working round the clock to scale the programme and we are happy with the progress we have made so far.”

The ‘no-interest’ microcredit loan scheme targets beneficiaries through their accredited market associations and cooperatives. Beneficiaries are required to have Bank Verification Numbers (BVNs), and can receive loans between N10,000 to N100,000 repayable over six months with a one-time five per cent administrative fee to contribute to delivery costs.

Although over 24,000 people have benefited from the loans, MarketMoni has received entries from market associations worth over one million potential beneficiaries across the country, seeking to be vetted and accredited for the programme and expecting to benefit this year.

A combined number of 8,436 market associations and cooperatives nationwide have registered for this scheme through the MarketMoni web portal (www.boi.ng/market) and paper application forms.

Meanwhile, the federal government has approved measures to force down the prices of food in the market.

The minister of Agriculture, Audu Ogbeh disclosed this to State House correspondents after the Federal Executive Council (FEC) meeting presided over by acting president Yemi Osinbajo at the Presidential Villa, Abuja, yesterday.

The federal government had last week set up a task force on food security to check the rising cost of food in the market, with a one week mandate to report back to the council yesterday.

Following the report of the task force, Ogbeh hinted yesterday that the hike in cost was “not due to shortage but high cost of transportation”, as food items are generally moved across Nigeria with heavy trucks and the price of diesel, which had hitherto, gone up, leading to increase in prices.

He listed some of the measures to include, using railway wagons to transport food items, working with state governments to reduce delays experienced by trucks along the roads through all sorts of taxes by local governments, as well as stopping mutiple taxation and greenhouse emissions.

The minister also clarified that government has no plans of controlling prices of food items in the market, but to rather checkmate the rising cost of food in the country.

He said, “We had a committee set up last week to look at the issue of hike in food prices and we submitted an interim report today. Our work is almost rounded off. We identified the causes of food price increase. The good thing is that there is no real shortage of food. There is food but the prices are a bit too high and Nigerians are groaning under the pain.

“One of the things we found out is that the cost of transportation is becoming extremely high, especially because most of our transportation is by road and diesel prices have gone up. Trucks are finding it difficult to move from place to place at old prices.

“So, we considered the following alternatives: using railway wagons along the current railway network. As we did before when we moved cattle from North West to Lagos, we brought down the cost and avoided the multiple taxation on transporters by local governments which delay movement.”

The minister further disclosed that, while government has decided to work with the state governments and the police to reduce delays, they were going to adapt what they have in Ivory Coast where trucks carrying foods are given labels.

He said, “In fact, in Ivory Coast, they cannot be stopped for more than 10 minutes anywhere. Even if something serious has happened, the security agencies will follow them to their destinations and come back to investigate whatever has happened.”

Ogbeh also said council approved a set of measures to boost production and attract investment into the Nigerian tomato sub-sector, as according to him, this is a sector that has lots of farmers.

For instance, he said in a state like Kano alone, there are 75,000 farmers and that it was important to encourage them.

He also said the federal government has approved set of measures to encourage farmers, both in local production as well as to attract more investment into tomato farming, processing all the way the value chain to how tomato gets to tables of Nigerians.

His words: “These measures will include things we are doing to make sure we plant tomato round the year; things like greenhouse equipment, making sure that they can come in without barriers or duties. They also include the use of both tariff and non-tariff measures to address the issues Nigerians are most concerned about, which is the issue of dumping, issues around quality and the standards of what we consume.

“We also approved a set of measures that will boost local production in terms of financing seeds and all the other things. Let me say that the most important thing about these set of policies is that in our approach we are going to be working with the stakeholders to actually implement these polices.

“So, we are going to set up an inter-ministerial committee that will work with the private sector and with different stakeholders to make sure that the implementation of the policy itself is not only done transparently but also robustly to ensure that we achieve the desired objective which is to make sure that we become self-sufficient in tomato within the next one or two years.”

The minister further explained that the issue of tariff was to discourage import, as dumping is very central to the approval of the memo, adding that there was going to be an increase in tariff.