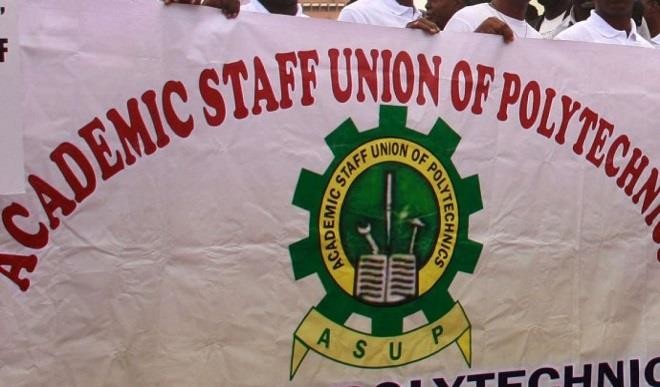 The Federal Government on Tuesday in Abuja appealed to the Academic Staff Union of Polytechnics (ASUP), to suspend it 5-day warning strike.

Sen. Chris Ngige, Minister of Labour and Employment made the appeal in a statement made available to the News Agency of Nigeria.

The minister noted that it was imperative for the union to suspend the strike in the interest of the nation and the students.

According to him, the Federal Government is ready and willing to fully dialogue with the members of Academic Staff Union of Polytechnics (ASUP).

“The union had declared its intention to embark on a 5–day warning strike, effective from Jan. 31, 2017.

“Government will open an unhindered channel of communication with all stakeholders and shall maintain this.

“Moreover, the Federal Ministry of Education has been discussing issues with ASUP on the concerns raised.

“Therefore, it is important for Trade Unions to embrace social dialogue in the pursuit and attainment of the economic and social interests of their members anchored on equity, natural justice and agreed procedures

“I wish to remind the Trade Unions that there is nothing like a “Warning Strike” in our National Industrial Relations System (NIRS),‘’ he said.

Ngige added that a strike is a strike and is subject to all the rules governing strike in the world of work.

The minister, however, noted that Section 43 of the Trade Disputes Act, CAP. T8, Laws of the Federation of Nigeria (LFN), 2004, would be applied regarding the law of “No Work No Pay’’.

He said this includes workers and employees notwithstanding any other circumstances in any section of the Act.

The minister, therefore, appealed to the trade unions to embrace dialogue as the Federal Government is fully committed to peaceful resolution of all the issues at stake