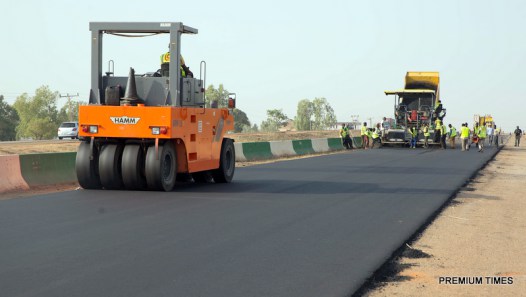 The federal government on Tuesday inaugurated the Abuja-Kaduna road which was given an emergency face-lift with the sum of N1.1 billion.

Mr Babatunde Fashola, the Minister of Power, Works and Housing, who inaugurated road, commended the contractor for completing the project on scheduled.

He said the project was awarded on Jan. 7 with completion period of 50 days.

The minister, who represented by Mr Yemi Oguntominiyi, the Director of Highway Construction and Rehabilitation in the ministry, said the emergency repair was necessitated by the plan to close Abuja Airport for repairs.

The Federal Government had in January announced the plan to close Abuja Airport for six weeks with effect from March 8, to allow for the rehabilitation of the runway.

During the period, air airlines operating in Abuja will be diverted to Kaduna Airport.

Fashola said the repair work on the road included patching of portholes, reinstatement of failed pavements, strengthening of existing surface and surfacing with asphalt concrete overlay.

He said prior to the repairs, the 165 kilometres dual road had several failed portions and also with portholes and multiple cracks.

The minister said the completion of the project would ensure comfort and reduce incidences of kidnapping and other crimes.

In his remarks, Mr Luka Davou, Deputy Director of Highway, North-East, attributed the timely completion of the project to the understanding of the commuters and security agencies during the 50 days period.