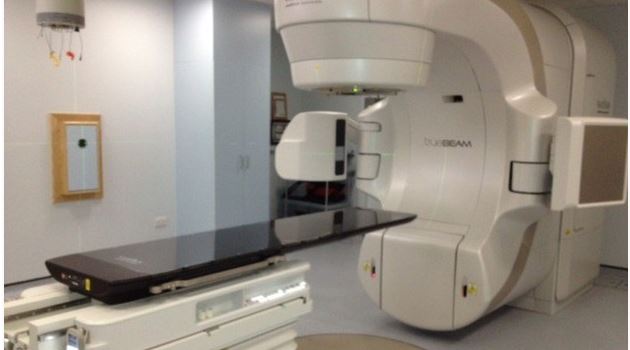 The Federal Government has decried the lack of biomedical engineering companies to fix broken cancer treatment machines in the country.

Ramatu Hassan, National Coordinator, National Control Programme, Federal Ministry of Health, made this known in an interview with the News Agency of Nigeria, NAN, on Sunday in Abuja.

She said the country lacked biomedical engineering companies with service centres where spare parts and appropriate personnel are readily available for the repairs and maintenance of the machines.

“If we can have private sector participation it would greatly assist government to move forward and crash the cancer indices in the country,’’ she said

She said that the ministry had also set up a high powered committee chaired by the Minister of Health, Isaac Adewole, to resuscitate and establish more cancer treatment centres.

Ms. Hassan said the ministry is working in collaboration with the World Bank and International Committee of the Red Cross to provide additional machines to boost and develop Cancer centres in the country.

According to her, seven of the Cancer centres would come up this year while additional seven will become functional in 2018.

She added that the ministry was also partnering the International Atomic Energy Agency for technical support for the proposed cancer centres of excellence.

The Coordinator said most of the radiation centres in the country are presently not working.

She said the centre at Usman Danfodio University Teaching Hospital, Sokoto was the only one working, adding that the hydro linear accelerator at the National Hospital Abuja would soon commence operation.

NAN reports that government would upgrade the cancer treatment centres in Maiduguri, Zaria, Ilorin, Abuja National Hospital, Ibadan, Benin and Enugu and equip them with two functional machines in the first phase of the programme.

On the establishment of the National Cancer Control Agency, the national coordinator said it is on-going and the ministry is at the planning stage for the Agency.

“While planning for the Agency, we have to carefully put in place the correct framework that will allow the agency work effectively.

“We are planning because the agency has not been in existence at all and none of its kind has existed within the country before.

“We have to network with some few countries that have similar agency and modify it to reflect our domestic needs,’’ she said.

It will be recalled that Project Pink Blue (PPB), an NGO, and other stakeholders had called on the Federal Government to establish a National Agency on Cancer Control to assist cancer victims in the country.

The NGO made the call during the commemoration of the 2017 World Cancer Day observed on Saturday February 4.

The cancer day is part of the World Cancer Campaign, which responds to the Charter of Paris adopted at the World Summit against Cancer for the New Millennium on February 4, 2000.