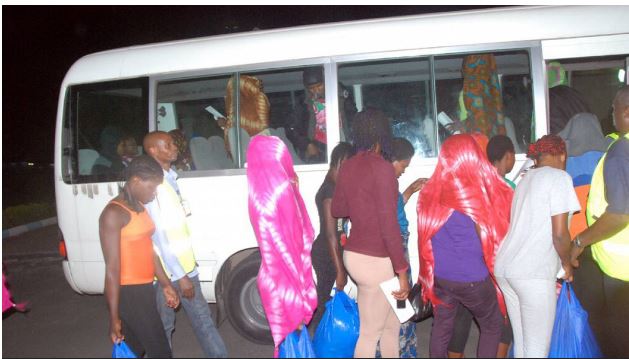 The Federal Government on Monday evacuated 41 Nigerian girls who were trafficked to Mali for forced labour and sexual exploitation.

The News Agency of Nigeria reports that six persons, alleged to be human traffickers, were also arrested and brought back to the country alongside their victims.

The Hercules C-130 military aircraft, with registration number NAF 913, conveying the returnees landed at 7:45 pm at the Airforce Base of the Murtala Muhammed Airport, Lagos.

They were brought back by the Nigeria Air Force in collaboration with the Office of the Senior Special Assistant, Diaspora and the National Agency for the Prohibition of Trafficking in Persons (NAPTIP).

They were received at the Hajj Camp area of the airport by officers of the NAPTIP and the Nigerian Immigration Service (NIS).

Addressing newsmen, the Senior Special Assistant to the President on Foreign Affairs and Diaspora, Mrs Abike Dabiri-Erewa, commended the Chief Of Defence Staff, for facilitating the return of the victims to the country.

“We want to thank the Chief of Air Staff, Air Marshall Sadique Abubakar, and the Chief of Defence Staff, Maj Gen. Abayomi Gabriel Olonisakin, for making the return of the girls possible, otherwise they would have still be there.

“The girls came back voluntarily. Some of these girls are between 15 and 17 years old who thought they were being taken to Europe for greener pastures but ended up with traumatic experiences in the hands of their traffickers and their madam.

“So they should not be ashamed of themselves because they are victims. We are going to rehabilitate them through skills acquisition programmes. I am therefore calling on non-governmental organisations to join us in this regard,” she said.

Dabiri-Erewa advised parents to watch their children carefully and ensure that they don’t succumb to peer pressure and other activities that could exposed them to traffickers.

She confirmed that six of the alleged traffickers, who were arrested and brought back to the country, would be handed over to the appropriate authorities for prosecution.

According to her, the President Muhammadu Buhari’s administration remains committed to the welfare of Nigerians all over the world, hence this intervention.

Famakinwa said Nigerians needed to go back to the basics of bringing up their children uprightly and discouraging the ‘get rich quick’ syndrome.

He said poverty was not solely responsible for the increase in the human trafficking, stressing that other factors such as negligence, peer pressure and greed were also responsible.

“Once the girls have been rescued, we take them to our shelter houses where they are received by trained counselors who assist them in overcoming their trauma.

“After counseling, for those who don’t want to go back to school, we give them a vocational training of their choice and also assist them to set up their businesses.

“We also meet with their families to let them know that being victims of human trafficking is not the end of the world and advised them on how to render support to the girls,” Famakinwa said.

He said NAPTIP would reveal the identities of the suspected traffickers in due course and ensure that they are brought to justice. 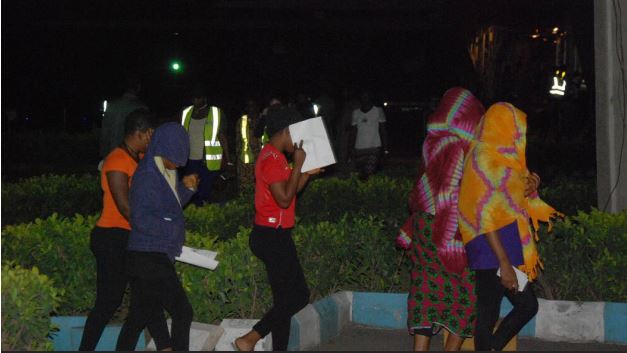 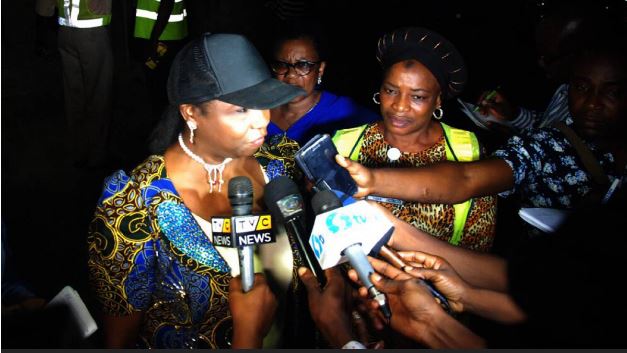 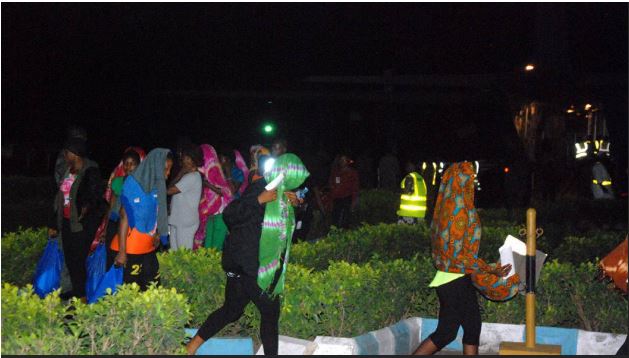 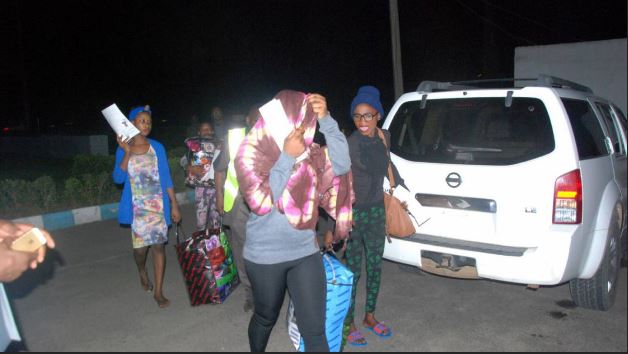