Home News Feed Forcing Us To Remove Our Hijabs Before Writing Exams Is An Abuse...
Facebook
Twitter
WhatsApp

A group of Muslim women under the auspices of Hijab Rights Advocacy Initiative has claimed that their rights were being infringed upon by as they are being forced to remove hijabs before writing examinations. 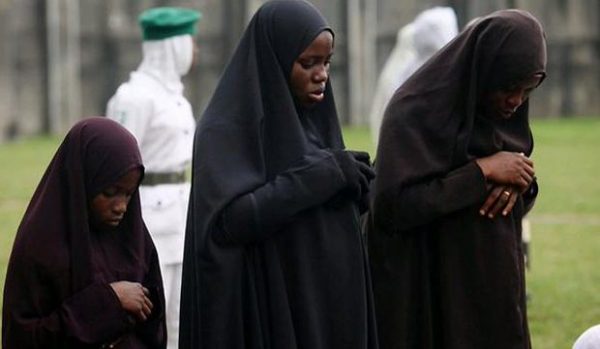 The group lamented that most women in hijabs had been denied jobs and other opportunities in the country, despite their qualifications.

The Coordinator of the group, Hajia Mutiat Orolu-Balogun, on Wednesday said their constitutional rights were being violated by the government and private agencies.

Orolu-Balogun was quoted by the Punch as saying, “Women in hijab are forced to expose their ears and heads before sitting for the Unified Tertiary Matriculation Examination or getting Bank Verification Numbers.

“Imagine being asked to take off your shirt because you want to get your driving licence, or being told that you would not be able to vote because you wouldn’t show your cleavage in the picture on your voter card.

“These, and worse, are what a Muslim woman who wears the hijab faces when she is asked to take off her hijab before she could be allowed her constitutional rights.

“The use of hijab is a religious obligation and not an Arab culture that one might discard at will.

“Asking a Muslim woman to remove her hijab is a form of violence against her; such should have no place in a progressive society like Nigeria,” she said.