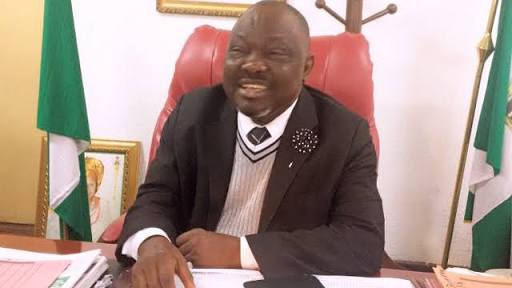 Speaker of the Edo State House of Assembly, Justin Okonoboh, on Saturday disclosed how some unknown gunmen attempted to assassinate him.

Addressing journalists in Benin, the Edo state capital, the Speaker narrated that the gunmen made attempt on his life at around Ugbegun-Nebudin-Ujogba Road in Igueben local government area of the state on Friday.

Okonoboh said but for the bravery of his escorts, the assailants would have succeeded with their plan.

According to the Speaker, “On my way back from my constituency at about 5pm on Friday where I went to settle some land issues, my aide in the escort van called me from his phone that we should be on the alert that a Toyota Camry was chasing us.

“When we looked back, the car was behind my back up Hilux van. The Camry wanted to overtake the Hilux to block me but the driver did not allow them.

“The Toyota Camry struggled with the Hilux for about five kilometres and they almost crashed but did not give up.

“The policemen inside the Hilux van fired a shot into the air to scare them but that did not deter them as they kept chasing us.

“It happened around Ugbegun-Nebudin-Ujogba Road, it was when we got to the Benin-Auchi expressway they waved their hands to give us a warning. I do not know whether they are armed robbers or kidnapper but I know that only assassins will behave the way the men did.

“My security aides inside the Hilux said the men were armed. I have enough security aides attached to me but the challenge is that there are no vehicles to convey them when I am traveling.”