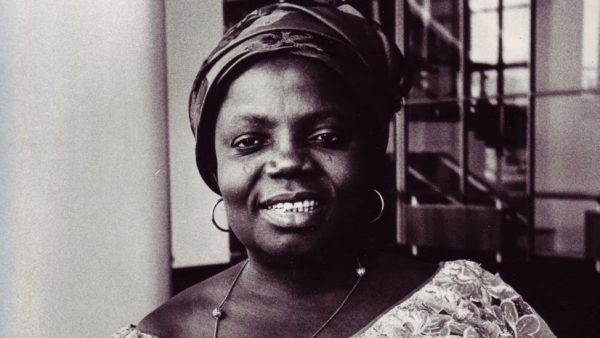 The story of Onyebuchi Emecheta whom the world knew as Buchi, is at the same time that of a personal and communal triumph; the triumph of the personal will and communal efforts over the vicissitudes of life.

Much has been said about her deprivations at childhood. Without trying to water that down in any way, I would wish to place it in its true perspective. She grew up in the 1940s; a time of widespread social change in Nigeria. Primary school education was still sipping into many parts of the Nigerian hinterland, starting from the littoral areas such as Lagos and Calabar where the first white Christian evangelists first established their schools.

By the 1940s, poverty was still widespread in Nigeria and the urban centres were still few and far between. While primary school education was within the reach of any child whose parents were forward looking, or who had embraced Christianity in the Christian missionary schools that were coming up even in the villages, secondary school education was open only to the most fortunate few.

Buchi Emecheta, who by this time was already living in Nigeria’s greatest metropolis, Lagos, was among the fortunate few. Her father, a veteran who had fought in Burma during the Second World War on the side of Britain, had an uncommon exposure that opened up several doors. No wonder, he was working in the then elite work force of Nigeria; the railways. So, Buchi had a life of promise before her.

Then tragedy struck! Her father died. She was barely eight years old. Despite all the promise of the life ahead of her, despite her visible intelligence due to the top-flight results she must have earned in the primary school she had attended. That her father died would have spelt the end of the road for Buchi Emecheta but for something that has remained a major plank of the progress, the remarkable progress, the unstoppable progress, the celebratory progress that has set Ibusa apart as a domain of progress and development.

That thing is communal effort. When words reached Mr. Hallim, then a senior civil service employee of the old Western Region in Ibadan, that there was a prodigiously gifted girl who had exhibited brilliance in her short stint at school, he reacted like the average Ibusa man or woman; that the young Buchi must return to school. We may never know how Mr. Hallim came about that fateful knowledge. Well, what is important is the result; Buchi returned to school because an Ibusa man who was not her real father treated her as though she were his own real daughter.

There is the Buchi, the product of hard work; the single mother who raised five children and still found the time to author 21 books. The challenges she faced and overcame were fully reflected in Buchi’s often-autobiographical literary harvest.

Somebody wrote about her that: “The main source of inspiration for her writing, however, was Africa, and in particular the villages of Ibusa in (Delta State) Nigeria where her family came from. Even though she had spent a relatively brief period of her childhood there, the villages and the stories she heard on her visits with her mother left an indelible mark on the impressionable young girl and became the lodestone for all she wrote. In The Slave Girl (1977, for which she won the New Statesman’s jock Campbell award), The Bride Price (1976), and the ironically titled The Joys of Motherhood (1979), she poignantly captured, in a manner reminiscent of her male contemporary Chinua Achebe, a vanishing Igbo culture in the process of transition to modernity.” Sylvester Onwordi, the man who wrote those words should know Buchi intimately because he is her very own son. And not surprisingly, he is a writer too!

So, even though Buchi Emecheta left Ibusa very early in life, Ibusa never left her for a minute. She remained a true Ibusa daughter, giving her literary creativity sustenance from Ibusa. She not only identified with Ibusa, she flew the Ibusa flag to the farthest corners of Planet Earth for wherever her books were ever read, the blog on the book covers always announced the name of her home town as though she always felt the duty to pay homage to the place of her birth. Her son wrote: “A constant refrain throughout my childhood was that she would one day return to Ibusa – a place that took on an almost mythical significance for us within the family. She made many plans to return over many years, even building a house in the village while working as professor at the University of Calabar – an experience that formed the basis for her novel Double Yoke (1983). But having lived in the UK for so many years, she found it increasingly difficult to adapt to life in modern Nigeria. And Ibusa, in her long absence, was transforming itself into a town and a conurbation that she barely recognised any more.”

Just like Buchi the girl who left Ibusa in her childhood changed, so too did her dear town also change for change is the only constant in life. None can begrudge her not returning to live fully in Ibusa. That would be asking for too much. That she knew and cherished where she came from, is enough for us. What has never been in doubt is her love for Ibusa.

Although the first reaction, upon hearing of her death, is to mourn, this is not a dirge. Instead, I hereby raise a hymn of celebration to thank God for sending to Ibusa such a wonderfully gifted writer. Instead of mourning, I hereby celebrate her focus in life and the hard work behind all she achieved.
Yes, I celebrate Onyebuchi Emecheta, the Ibusa girl who conquered the world.