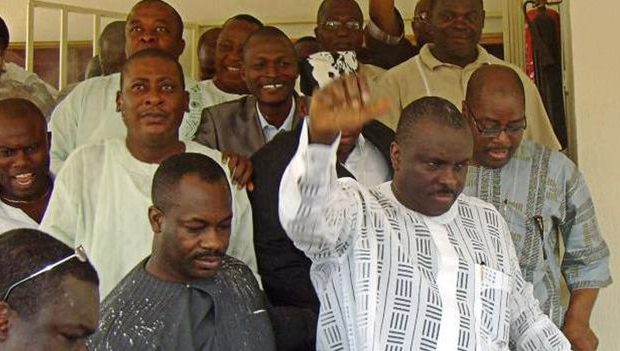 The convicted former Delta State Governor, James Ibori, who arrived Nigeria Saturday morning after serving jail term in the UK have been reportedly picked up by operatives of the Department of State Services,DSS.

According to a report by TheCable, his visitation to the DSS office should not be interpreted as an “arrest”

“It was pre-arranged that he should have a chat with the DSS director-general, Lawal Daura, upon his arrival.”

“He will not be detained. His appointment was for 12:00 hrs so the operatives went to pick him up and drove him down for the meeting,” an operative who spoke with TheCable said.

Meanwhile, Ibori has left the Department of State Services (DSS) in Abuja after holding a brief meeting with Lawal Daura, the director-general.

He is eagerly awaited in Oghara, his home town in Delta state, where he is expected to receive a warm welcome.