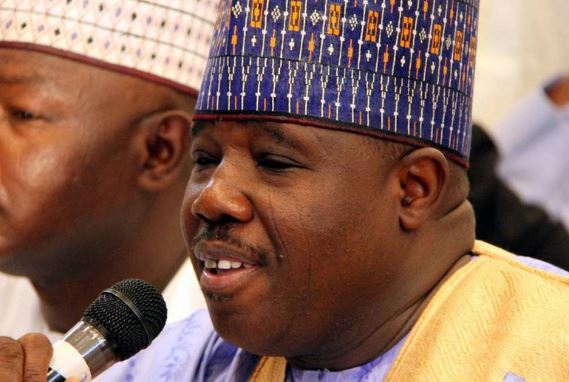 The Kaduna State chapter of the Peoples Democratic Party (PDP), on Monday declared that the party will never support Sen. Ali Modu Sheriff’s led National working committee describing his reinstatement by the appeal court as an act of impunity which is against the constitution of the party.

The party said its state executives and members are loyal and answerable to Sen. Ahmed Makarfi’s national caretaker committee leadership despite the appeal court judgement as they await Supreme Court verdict.

State PDP in its communique signed by Dr. John Ayuba,chairman drafting committee after the part’s meeting in Kaduna, said they stand by the judgement of the Federal High Court in Port Harcourt which endorsed the decision of the 21st May, 2016 national convention.

The communique said Kaduna PDP viewed the split decision of the two justices of the court of appeal that sat in Port Harcourt last month which nullified the decision of the national convention of 21st May, 2016 and reinstated the Sen. Ali Modu Sheriff led National working committee as a miscarriage of justice and complete negation of the PDP constitution.

The communique reads in parts, “The Kaduna State chapter of the PDP views the reinstatement of the former Sen. Sheriff led National working committee of the party by the appellate court as an act of impunity which is against the principles of the PDP constitution hence, an attempt to derail the democratic governance of our country”

“Members of the PDP in Kaduna State should not loose focus of where we are going as we know where we are coming from. We must face the current challenges headlong to ensure that we change the change come 2019″

While the PDP in Kaduna State remains united, strong, resolute,steadfast and solidly loyal and answerable to the national caretaker committee under the leadership of Sen. Ahmed Mohammed Makarfi”

“The stakeholders and leaders of the party are enjoined to go back to their senatorial districts, local governmen areas and wards to convene meetings of the party and disseminate the foregoing to members. However, members are to remain calm, law abiding as they await the verdict of the Supreme Court on the matter,” the communique said.