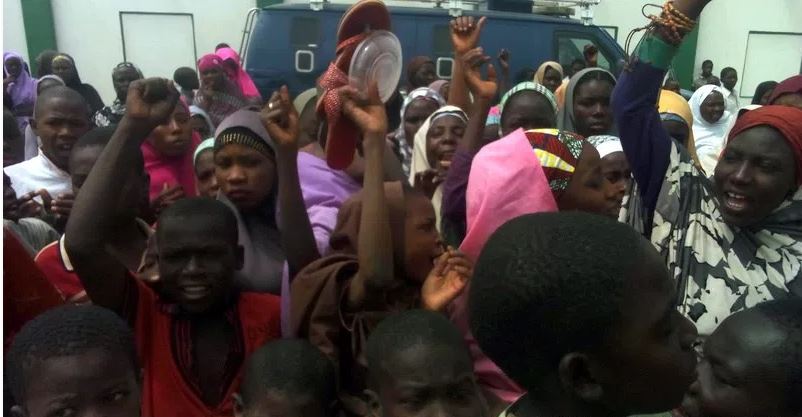 Hundreds of women on Thursday trooped to the Kano State Government House to ‎protest against incessant cases of abduction of children in the state.‎

The protesters mainly married women, grown up girls and some boys marched to the state house chanting: “we are tired of kidnapping’’, “leave our children alone’’, among others.

They were seen carrying placards with inscriptions such as “we are tired of stealing our children. “government should do something about it”, and “we want serious action from government.’’‎

‎The protesters were mainly from Hotoro, Kawo, Kawon Mallam and Kawon Maigari in Nasarawa Local Government Area of the state.

Abubakar said “as mothers and sisters, we feel disturbed about the situation and hope government will do something urgently about it.

“We are calling on Kano State Government and security agents to do something about situation.’’

The protesters however, were held back at the gate by security officials who told them Governor Abdullahi Ganduje was not around.

But, the protesters later submitted a letter at the gate of the Government House for onward delivery to the governor.