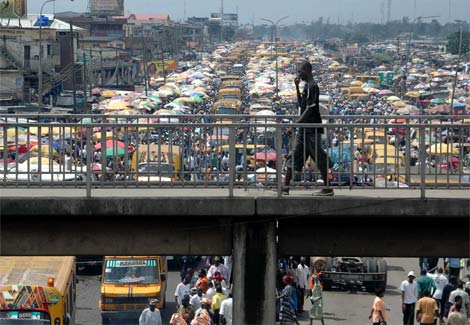 The Lagos State Government has appointed some key officials of the National Union of Road Transport Workers, NURTW, as ambassadors of the campaign against rape, domestic violence, child abuse, maltreatment and neglect in the state.

Speaking at a sensitisation and engagement initiative held at Abule Egba Secretariat of Lagos State branch of NURTW, the Coordinator of Domestic and Sexual Violence Response Team, DSVRT, an agency under the State’s Ministry of Justice, Titilola Vivour-Adeniyi said the decision of government to partner with the association was in line with the mandate of the state governor, Akinwunmi Ambode, to explore all available channels to rid the state of the menace.

She pointed out that the engagement was particularly premised on the fact that NURTW officers are rooted within the communities, and at certain times, could serve as first responders to incidences that occur.

While addressing over 300 NURTW officials at the programme, Mrs. Vivour-Adeniyi said it was important for them to understand the different forms of abuses, steps survivors of rape should take after the assault, and the role of Christian and Muslim doctrines.

“It is important for people to be aware of the fact that rape and defilement carry life imprisonment, and also the fact that a man being in a relationship with a woman does not give him the right to forcefully have sexual intercourse with her,” she said.

“The is very essential and the society must also acknowledge its role which amongst other things, is to encourage victims to report, get justice and expose abusers in their communities, while the different myths usually associated with rape, domestic violence, manner of dressing, as well as the thinking that some women deserved to be hit, must be avoided as they are not in tune with the reality.”

She also announced plans by DSVRT to scale up the partnership by visiting the garages and zones across the State, and ensuring that all officers and members of NURTW were properly sensitized.

According to her, the plan of government is to make the state unbearable for rapists and abusers.

Responding, Lagos State NURTW Chairman, Tajudeen Agbede, commended the state government for the initiative to appoint his members as ambassadors, just as he pledged their full commitment to the cause.