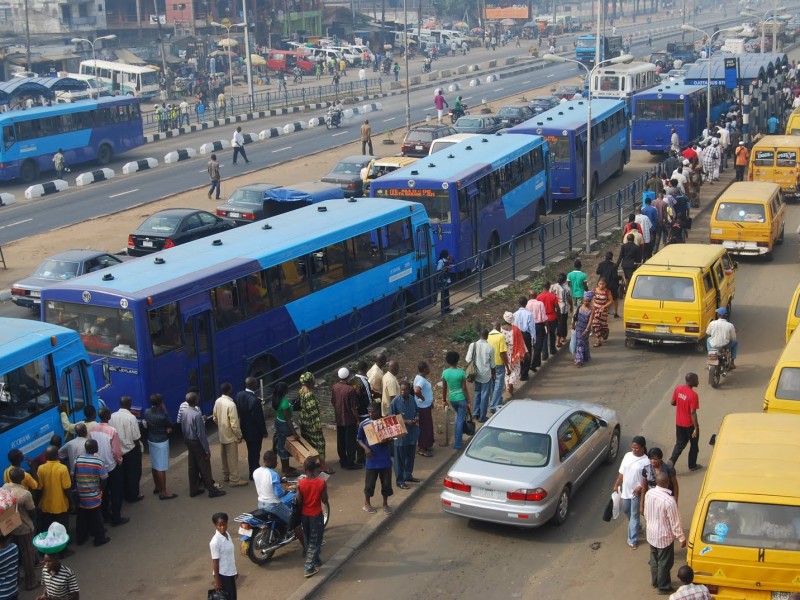 Commuters using the LAGBUS and Bus Rapid Transit, BRT, buses in Lagos will pay more from March 1, following the Lagos State Government’s approval of upward review in their fares.

Thousands of Lagos residents queue up daily to make use of the buses to enjoy lower fares and use the BRT to beat gridlock in the city due to their use of dedicated lanes.

The Lagos State Government said on Monday that it had approved fare increase ranging from 20 per cent to 67 per cent on different routes plied by the buses.

He said that though the government was mindful of the current financial difficulties residents were going through, it approved the fare increase to save the bus schemes from collapse.

Mr. Dabiri said what the bus operators spent on fuel had gone up 71 per cent, oil by 64 per cent and tyre by 90 per cent, threatening their continued operations.

“In view of this and with government’s responsibility to avert a collapse of the franchise scheme, which currently serves over 500,000 commuters daily, government had to consider request by the operators for an upward review of bus fares,” he said.

Mr. Dabiri said the current fares charged on some of the schemes had stayed constant for more than six years in the case of some operators.

He said that though the government granted the request for fare increase, it would not allow transport users to do so arbitrarily.

According to him, the operators have also been advised to improve their cost efficiency and effectiveness.

“It will be difficult to pass the entire cost of operations to the consumers, bearing in mind that a lot of the users are in the low income bracket,” Mr. Dabiri said.

He appealed to commuters to show understanding as the new fares take effect.

The News Agency of Nigeria reports that from March 1, commuters from Ikorodu to Mile 12 would pay N100 as against N75.

Giving a breakdown of the new fares on the LAGBUS routes, its Managing Director, Idowu Oguntona, said that the fare from CMS to Ajah would be N200, up from N150.

He said that commuters from Leventis to Eko Hotel would pay N100 instead of N70, while those going to CMS from Oshodi would pay N150 as against N100.

Mr. Oguntona said the new fare regime would affect the 61 routes of LAGBUS.