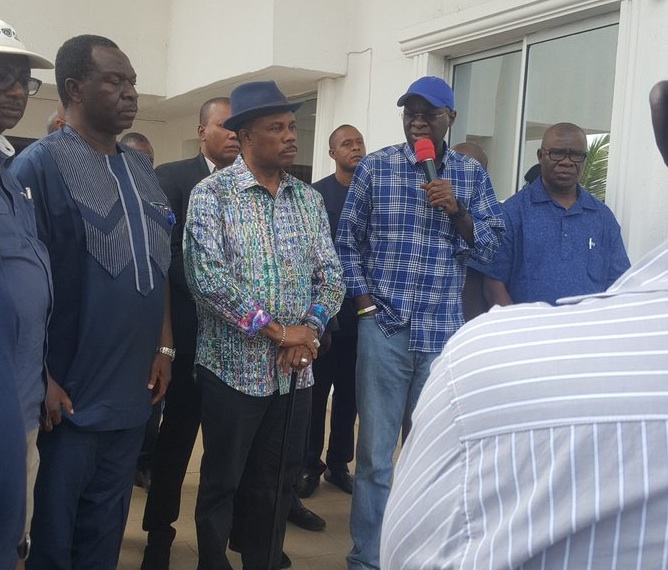 Minister of Works, Power and Housing, Mr Babatunde Fashola, on Saturday said 3,000 MW has been lost to insurgency in Niger Delta, leaving 180 million Nigerians with power output of 3,500 MW.

“That is why are calling our brothers who are angry with us to sheathe their swords and allow production to go on,” the minister said at a news conference in Awka, Anambra state.

It was not all bad news however as the minister also disclosed that Gurara and Kaduna Power Stations would soon commence transmission into the National Grid.

He said efforts were ongoing to ensure that the national power output was increased to 7,000 megawatts from the present 3,500 megawatts.

According to him, we are completing our transmission lines and commencing new ones.

“Gurara and Kaduna transmission lines will come up this year while Kashinbura Station will come up much later.

“We are also working on solar initiative as alternative to complement our efforts in hydro.

Fashola also said that the Federal Government was embarking on a power audit to ensure that the issue of metering was properly addressed.

“We are addressing metering issues with Discos; we know the experience with the estimated billing, and we are doing power audit to ensure that people pay according to the categories of tariff they fall in,” he said.

In his response, Gov. Willie Obiano thanked the Federal Government for its renewed attention to infrastructural deficiency in the South-East and Anambra in particular.

Obiano expressed hope that the benefits of the minister’s visit would manifest in no distant time.

The minister also visited Onitsha where he inspected ongoing work at the second River Niger Bridge.