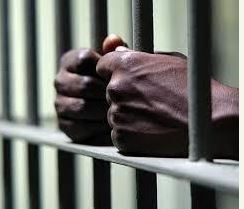 A 38-year-old trader, Hafeez Yusuf, who lives in Kareem Oyelade street, Dopemu, Lagos, has been remanded for raping a 7-year-old boy who went to his shop to buy biscuit. Yusuf reportedly lured the little boy into his inner shop and penetrated the boy via his anus. The victim eventually confided in his mother when the pain became unbearable, leading to Yusuf’s arrest.
A Magistrates’ Court in Ikeja, Lagos state, ordered on Friday for the suspect to be remanded to Kirikiri Prison for raping a minor on the 13th of January. The presiding Magistrate, Davies Abegunde, refused the plea made by the accused and ordered that he be kept in prison until the next hearing, Daily post reports.

The case has been adjourned to February 20th.

Hope he pays for his action and his punishment is commensurate to his crime.