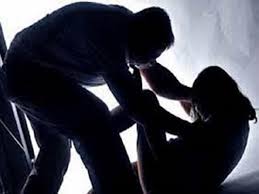 A Kano Magistrate Court on Tuesday remanded one Abdulaziz Hassan for allegedly raping an 11-year-old boy.

was charged with unnatural offence, contrary to Section 284 of the Penal Code.

The prosecutor, Insp. Shuaibu Musa, in his statement told the court that Hassan a resident of Rimin Kebe Quarters, on February 17, 2017, lured his victim into his shop—to carry out the dastardly act.

According to Musa, a neighbour of the suspect, one Alhaji Abubakar, on February 20,2017, reported the case at the Zango Police Division.

“Hassan had carnal knowledge of the victim and gave him N100,’’ the prosecutor said.

Musa who said the offence is contrary to Section 284 of the Penal Code of the state law also disclosed that the accused had on February 18, had another unlawful sexual intercourse with the victim.

Hassan however, pleaded not guilty to one-count charge of unnatural offence.

In her judgement, the Chief Magistrate, Hajiya Maryam Sabo, ordered that Hassan be remanded in prison custody and adjourned the case till March 23, for further mention.