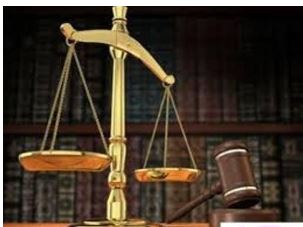 An Ibadan-based businessman, Sakirudeen Adeleke, on Tuesday asked a Mapo Customary Court in Ibadan to affirm him as the biological father of a baby delivered by his wife, Saidat.

He told the court that Saidat gave birth to the baby while living with her concubine, one Maroof Azeez.

Sakirudeen told the court that Saidat had moved out of his home with a two-month-old pregnancy.

“My lord, Saidat reappeared about 13 months after she left my home with the baby; I welcomed both mother and baby back.

“I have since renamed the child; I don’t want a situation where her concubine will suddenly decide to claim the child.

“I have no plans to divorce her but Saidat needs to confirm in this honourable court that the baby is mine,” Sakirudeen said.

Saidat, who did not dispute the allegation levelled against her, confirmed that Azeez was her lover.

“It is true that I moved in and lived with Azeez for about 13 months during which I delivered the baby with me.

“I was already carrying a two-month-old pregnancy for Sakirudeen before I left his home.

“However, Azeez did the naming ceremony and all the other rites required of a father and husband.

“During the period of my stay in his home, we regularly had intercourse,” Saidat further said.

Azeez was, however, not in court to present his own side of the story.

The president of the court, Mr Ademola Odunade, asked the couple to produce more evidence to support their claims and adjourned further hearing in the case till March 2.