Deolu
The mystery behind the three Abuja residents who suddenly disappeared is currently being unraveled.
The three residents of the Federal Capital Territory, Abuja who disappeared while preparing for a birthday party are currently in the custody of notorious kidnappers, new reports have revealed.
The kidnappers, who abducted the three friends when they went to buy ice-cream and cake in Abuja, have finally contacted the families of the victims, demanding $300,000.
Four days after Veronica Otogo, Bisola Mohammed and Damilola Oribuyaku went missing in Abuja; those believed to be behind their abduction contacted the families yesterday.
Veronica, whose birthday was last Friday, had gone out with her friend, Bisola, to buy ice cream and cake at a creamery near Wuse 2, before their abduction. It was, however, learnt that the ladies were later joined by Damilola.
A close family source revealed further details on Facebook: 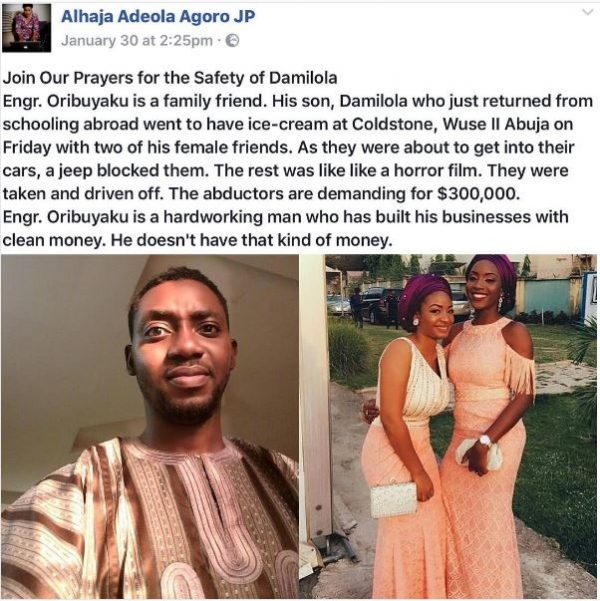