Home News Feed No Food to Eat? See the Photo of Hungry Lions at Port...
Facebook
Twitter
WhatsApp
A photo making the rounds on social media has shown some lions looking unbelievably emaciated in their zoo. 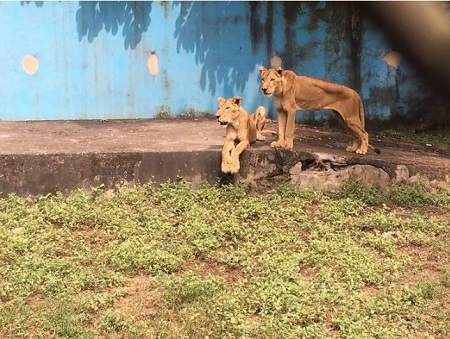 This is the viral photo that has gotten many people talking on social media.
The photo shows two obviously hungry lions looking horribly emaciated as they stand close together inside a zoo.
According to one Isima Odeh, who shared the photo, the lions were photographed at a Zoo in Port Harcourt, Rivers State. 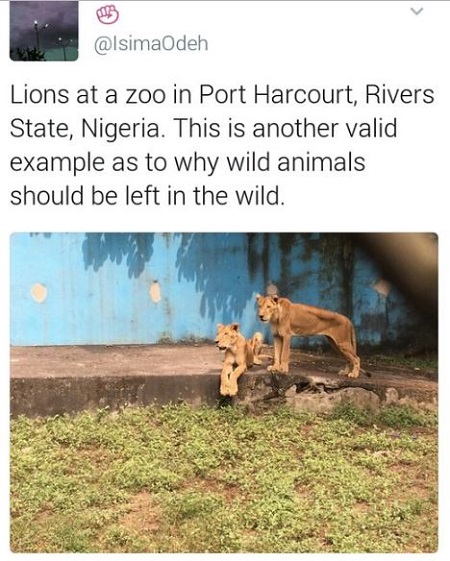 Socia media users have reacted to the photo with many lightheartedly blaming the development on the bad economic situation in Nigeria.
According to them, the recession has taken its toll on the animals too.
However, others feel that the zoo authorities are being unfair to the animals and that the development should be treated as animal cruelty.
Source: Tori